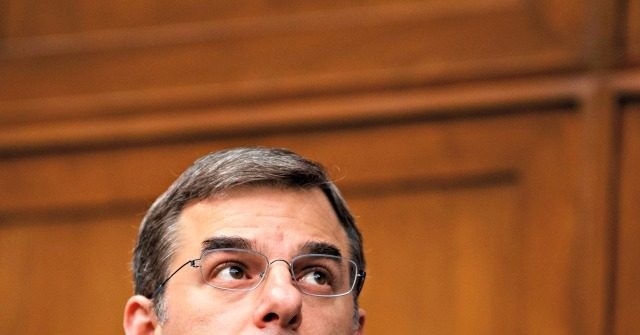 National Public Radio (NPR) turned to Never Trump pundit Jonah Goldberg on Friday morning to explain the implications of the decision this week by Rep. Justin Amash to leave the Republican Party.

Goldberg told Morning Edition‘s Steve Inskeep that Amash’s departure was “a sign of many of the symptoms he’s talking about,” including the increased partisanship of American politics — which, Goldberg argued, was ironically a result of the weakening of the traditional parties in the face of challenges by outsiders like Donald Trump and Sen. Bernie Sanders (I-VT).

Amash, he said, reacting to the report by Special Counsel Robert Mueller, which did not fit into the GOP’s partisan paradigm. “He actually says the Mueller report says disturbing things [about President Trump], and I think defensibly so, and that puts him outside of the party line,” Goldberg said.

Goldberg agreed with host Steve Inskeep that there are many Republicans who privately are appalled by a lot of the things the president does” but who might criticize him only “mildly” and then “quickly fall back into line.”

He said that there were many Republican voters who took a “transactional” view of Trump, who might want him to “stop tweeting like an escaped monkey from a cocaine study,” but felt they had no other alternatives.

“The problem is, you’re not allowed to say that publicly,” Goldberg said, publicly.

He went on to say that Trump rejected constructive criticism, only accepted flattery, and had reshaped the Republican Party as a “cult of personality.”

Goldberg said that Amash could “get his argument out there” by running for president, even if he could not win.

“America needs a younger Ron Paul,” Goldberg said, adding that “the Libertarian Party would love to have him,” though admitting that he could actually take away votes from Democratic Party frontrunner Joe Biden (making him a younger “[Green Party candidate] Jill Stein,” Instep volunteered).

“Amash might have more appeal than people think,” Goldberg said, because younger consrevative voters were “much more troubled by Trump” than older ones, “who already don’t have any friends who don’t agree with them.”