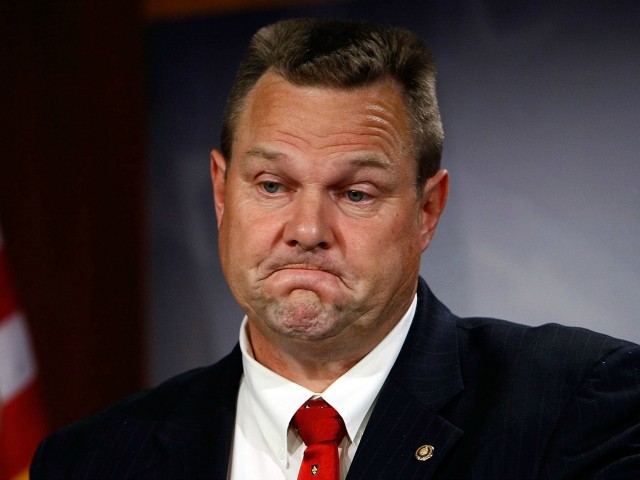 Sen. Jon Tester (D-MT) said in a statement on Friday that he will oppose Supreme Court Justice nominee Judge Brett Kavanaugh’s nomination for the Supreme Court.

Sen. Tester said in a statement on Friday:

Rosendale said on Thursday that Senate Democrats decided to oppose Kavanaugh’s nomination and “do whatever it takes to keep him off the bench.”

“Rather than seek the truth, they engaged in a smear process plain and simple,” Rosendale added. “How Senate Democrats handled these allegations have been harmful not only to Judge Kavanaugh and his family but to Dr. Ford as well.”

Instead of trying to honestly evaluate Kavanaugh based on his merits, Rosendale said that the Senate Democrats have tried to destroy the nominee’s reputation and charged that the Senate should vote to confirm Kavanaugh right away.

Rosendale said, “This 11th-hour political circus to destroy a good man’s reputation and hurt his family is disgraceful. The Senate should immediately vote to confirm Brett Kavanaugh to the Supreme Court.”

The Montana Senate race has become increasingly competitive. A new poll released last week found that Tester and Rosendale are in a virtual tie at 44 percent each. Given that a majority of Montanans approve of Trump and that the president won the state by 20 points in the 2016 presidential election, Tester faces increasing pressure to vote for Kavanaugh rothe Supreme Court.

Given the increasingly competitive race, Rosendale told Breitbart News last week that Tester is not the same populist he once claimed to be.

“Montanans are ready for a change, and that’s exactly what these numbers are showing. Folks are seeing that Jon Tester is not the same man he once was,” Rosendale said. “Case in point, he’s the #1 recipient of lobbyist cash out of all 535 members of Congress.”