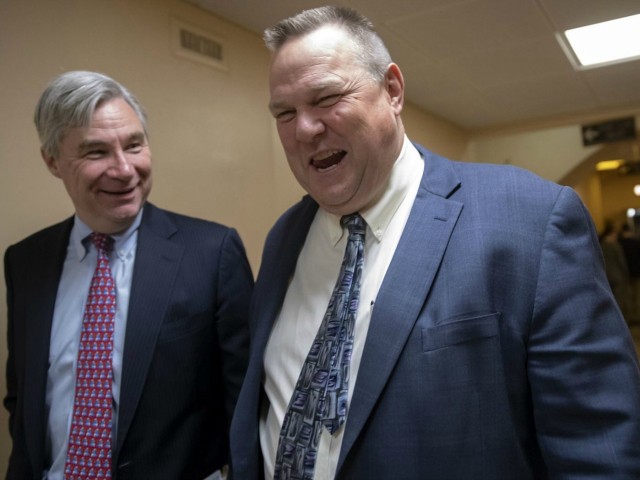 Sen. Tester won his third term in the Senate on Wednesday after polling analysts called the race in favor of the incumbent Democrat over Rosendale.

Tester faced a competitive election against Rosendale as the poll became a virtual dead heat in the eleventh hour of the Montana Senate race.

Rosendale said in a statement on Wednesday:

What an incredible journey this has been over the last year and a half. It’s been the honor of a lifetime to be your nominee and we couldn’t have gone this far without my wife Jean and our three sons by my side. I’ve been overwhelmed by the support, trust, time and energy received from folks across this state. Thank you to each and every one of you – to our staff, volunteers, and all our grassroots supporters.

While we suffered a setback, our movement and our cause will continue to move forward. I will never stop working to make our country and state better.”

The three Senate Democrats voted against Judge Brett Kavanaugh and lost re-election, whereas Manchin voted to confirm Kavanaugh to the Supreme Court and won re-election.

In comparison, Tester opposed Kavanaugh’s nomination and won re-election in a state President Donald Trump won by 20 points during the 2016 presidential election.

President Trump held several campaign rallies in Montana in an attempt to unseat Tester after he tanked the nomination of his personal physician, Admiral Ronny Jackson, to serve as the secretary of Veterans Affairs.

“Honestly, one of the reasons I’ve been here so much” is because Tester tanked Jackson’s nomination, Trump noted.

Rosendale capitalized on this point, stating in an interview with Breitbart News Saturday that the Montana Democrat invented the very smear tactics Senate Democrats used against Kavanaugh during his Supreme Court nomination process.

“He opposed Gorsuch, he opposed Brett Kavanaugh, and participated in the character assassinations that the Democrats had reverted to and just not the kind of person that represents the values of the people of Montana,” Rosendale said.

Rosendale added, “Jon Tester literally invented this tactic of character assassination when he released a bunch of false information about Admiral Ronny Jackson.”