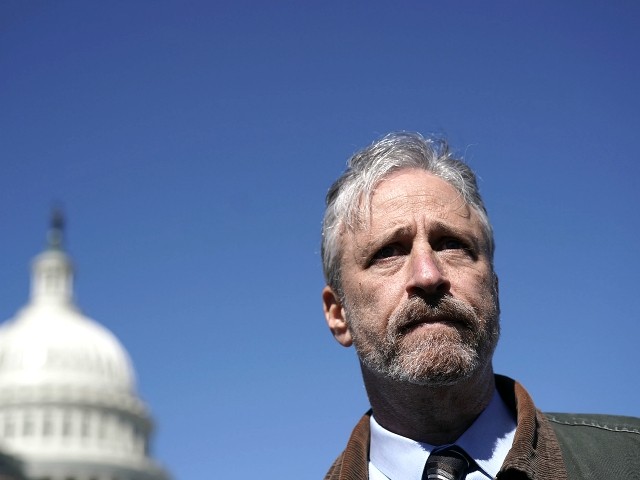 Former Daily Show host Jon Stewart commented on the state of law enforcement and race relations in the United States, claiming that police officers enforced a form of “segregation” on the border between what he described as “two Americans.”

“The police are a reflection of a society,” Jon Stewart said in an interview with the New York Times. “They’re not a rogue alien organization that came to torment the black community. They’re enforcing segregation. The police are, in some respects, a border patrol, they patrol the border between the two Americas”

Stewart said that while he believes reforming the police is an important step in combat racism in the wake of the death of George Floyd, a black man who died while in police custody in Minneapolis, such an overhaul would be mere “window dressing.”

“There’s not a white person out there who would want to be treated like even a successful black person in this country. And if we don’t address the why of that treatment, the how is just window dressing,” the former Comedy Central host said. “The policing is an issue, but it’s the least of it. We use the police as surrogates to quarantine these racial and economic inequalities so that we don’t have to deal with them.”

Stewart’s attacks on the police come as Black Lives Matter activists, far-left Democrats, and Hollywood celebrities have called for police departments across the country to be defunded.

“He always knows the I-beam is going to swing down and the building is going to collapse — but who cares, because he’ll walk out unscathed. That’s what he has learned,” he said.

Asked if he harbored regrets for going off the air in 2015, Stewart responded with a “no.”