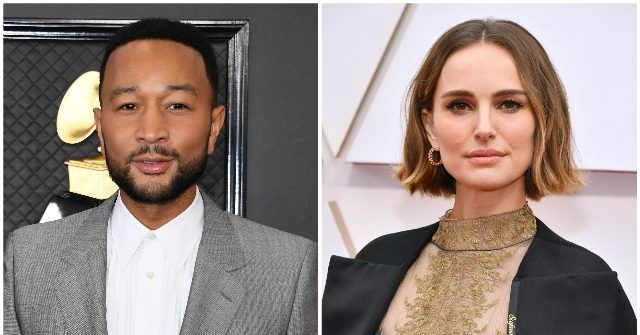 Singers John Legend and Lizzo, and actresses Natalie Portman and Taraji P. Henson are among the Hollywood celebrities who’ve signed a letter pushing the defunding all police departments in the wake of the police involved death of Minneapolis man George Floyd.

The open letter claims that in 2017, $194 billion was spent on the police by America’s various governments even as police have “continued profiling, harassment, terror and killing of Black communities.”

Black communities are living in persistent fear of being killed by state authorities like police, immigration agents, or even white vigilantes who are emboldened by state actors. According to the Urban Institute, in 1977, state and local governments spent $60 billion on police and corrections. In 2017, they spent $194 billion. A 220 percent increase. Despite continued profiling, harassment, terror and killing of Black communities, local and federal decision-makers continue to invest in the police, which leaves Black people vulnerable and our communities no safer.

The letter — which was also singed by Common, Jane Fonda, America Ferrera, Brie Larson, ACLU executive director Anthony Romero — goes on to insist that the money spent on police would be better spent on “building healthy communities,” or to go “to the health of our elders and children, to neighborhood infrastructure, to education, to childcare, to support a vibrant Black future.”

The letter was initially started by the organization going by the name Movement 4 Black Lives, along with Black Lives Matter co-founder Patrisse Cullors.

In an interview with Variety, Cullors spoke of the Blackout Tuesday effort saying, “We’re looking at all the black musicians who are showing up and standing up — like Lizzo, who I just had a phone call with yesterday.”

“She’s excited about joining, and [last week] she was up in Minneapolis protesting outside the fourth [police] precinct,” the activist added. “But we need every single musician — black, white, Asian, whoever — to show up right now. We’re not going to change what’s happening between law enforcement and black people until everybody shows up to change it.”

The letter comes as the country is coming to grips with a week mass looting, vandalism, carnage, and killings of police and innocence.