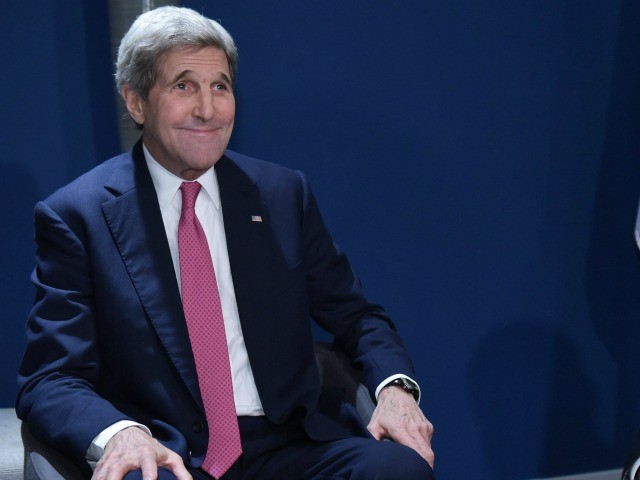 On Monday’s broadcast of MSNBC’s “Hardball,” former Obama administration Secretary of State John Kerry said he believed the Trump administration’s stories about the killing of Iranian General Qasem Soleimani were a “coverup.”

Kerry said, “Obviously they’ve been all over the  place , in fact, the place. and in fact the decision we now learn to go after Soleimani was made in June. We have heard all kinds of different stories imminence, about embassies, no there aren’t embassies this is a shifting story that is so shifting that I think is beginning to look like a coverup over their original choices.”

He continued, “It really raises extremely serious questions about avoiding the responsibility to engage Congress when you have a calculated program for assassination that you have decided to implement months ahead of time and you haven’t even shared that because of the consequences potentially of going to war. And we literally came to the brink of war based on that decision. I think Congress and the American ever people have every right to be deeply upset over yet again another cover-up from the Trump administration.”