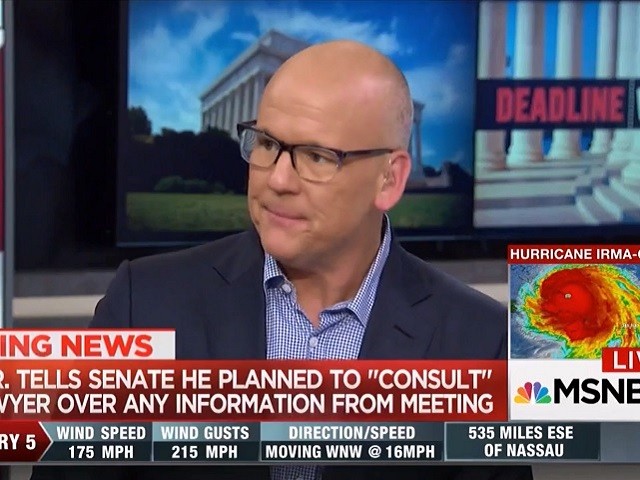 On possible collusion between the Trump campaign and Russia, Heilemann said, “When it comes to this level of coordinating things at the highest level, and on this question, which is the key one here, Donald Trump is promiscuous in his lies. He is promiscuous in a lot of things, but many of the promiscuities that he has had in his life has been trivial things. He didn’t care about that woman or that person or that person he screwed over. He cares a lot about money. What we’re getting to right now is that the lies and questions have been lies about protecting a career built on fraud and potentially on financial crime and potentially on money laundering, and those lies because they are all about the one thing he cares about, himself and his money, those are things he has a lot of focus on. The things he has focus on are things he’s capable of coordinating.”

He added, “You don’t have a whole bunch of people telling lies that snap together like a jigsaw puzzle without some sort of coordinated intelligence behind it. And wether it was alone or with the rest of the Trump family, or the Kushners, but collectively, this low level, low rent, cheesy crime family that I think they are at heart, there is coordination there and an effort that’s worked pretty well to get Donald Trump to a lot places of nobody thought he could get.”