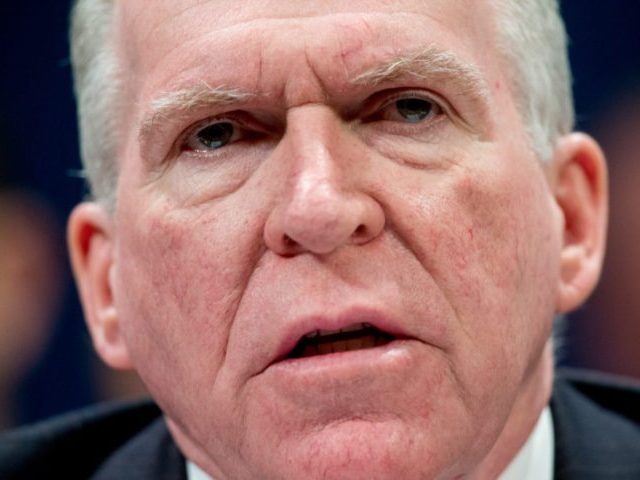 NICOLLE WALLACE: You, as former director of the CIA, had to have had a working relationship with the Justice Department. In every administration, that’s the case. How would the intelligence community work with somebody like Mr. Whitaker [Sessions’s temporary replacement], who has his thumb on the scale? We already know exactly how he feels about the Mueller probe. He has pre-judged it before it’s come to its conclusion. We already know how he feels about Donald Trump Jr.’s participation in the Trump tower meeting. He thinks it’s a nothing burger. That is something under investigation by Robert Mueller in both the obstruction of justice prong of that investigation, for the lies told afterward, and the conspiracy to coordinate with a foreign government, an American adversary, the other avenue.

BRENNAN: I think the intelligence community professionals and those professionals within the Department of Justice and FBI have had quite a bit of experience having to deal with political loyalists who are appointed to senior positions. But in most instances — not all instances — in most instances, when those political loyalists get into positions of tremendous responsibility and authority, and they realize the gravity of these issues, they tend to take the right path because they should not be complicit in any type of action that is going to inhibit and thwart the rule of law. So Jeff Sessions, credit to him, for recusing himself. And so Matt Whitaker comes with a lot of baggage and it’s going to be quite evident whether or not he is going to fulfill his responsibilities now in that position.

WALLACE: Are you saying that Mr. Whitaker, with his public statements, public writings, and his comments on television should be recused from overseeing the Mueller probe, based on those statements?

BRENNAN: I would think that there is a very strong case that, given his public acknowledgment of his prejudiced view on this issue, that he should recuse himself. I think there are a lot of people out there raising their eyebrows now, rightly so, and wondering whether Matt Whitaker in this acting capacity, has the credentials, has the credibility needed to lead the Department of Justice at such a crucial and critical time in our history when we indeed may be facing a constitutional crisis very soon.