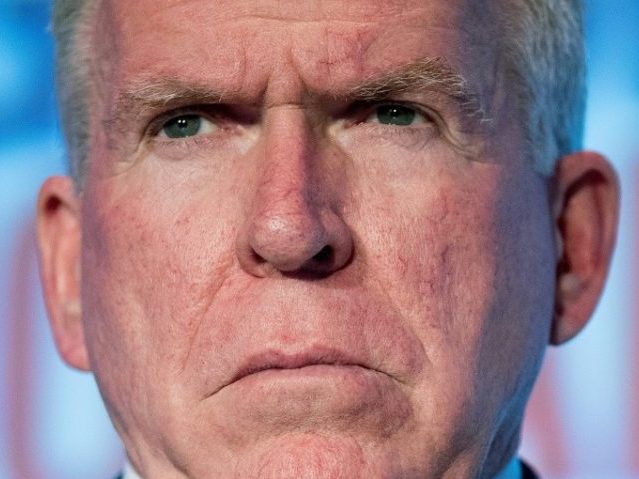 Former CIA Director John Brennan, one of the multiple Obama-era officials sent an apparent explosive device on Wednesday, accused President Donald Trump of helping to stir up feelings of “anger” and “violence” among Americans.

John Brennan: “Unfortunately I think Donald Trump, too often, has helped to incite some of these feelings of anger, if not violence.” https://t.co/dOzLLhQneR pic.twitter.com/5bEjaca1QW

“[President Trump’s] rhetoric too frequently fuels incidents that are now bleeding over into acts of violence,” Brennan told audience members during a talk at the University of Texas at Austin. “It’s clear that this rhetoric is counterproductive. It is un-American.”

“What he said today is what the president should be doing but follow up on those actions, and I hope this is a turning point,” said Brennan, who is a distinguished scholar of the college.

“Unfortunately I think Donald Trump, too often, has helped to incite some of these feelings of anger, if not violence,” he added.

The former intelligence chief’s remarks come after the U.S. Secret Service revealed it had intercepted multiple suspicious packages addressed to former President Barack Obama and ex-Secretary of State Hillary Clinton. Additionally, CNN’s Manhattan headquarters was evacuated after what is believed to have been an explosive device was found at the news network’s Time Warner Center studios. The package was addressed to Brennan, who is not a CNN employee, but rather works for MSNBC as a contributor.