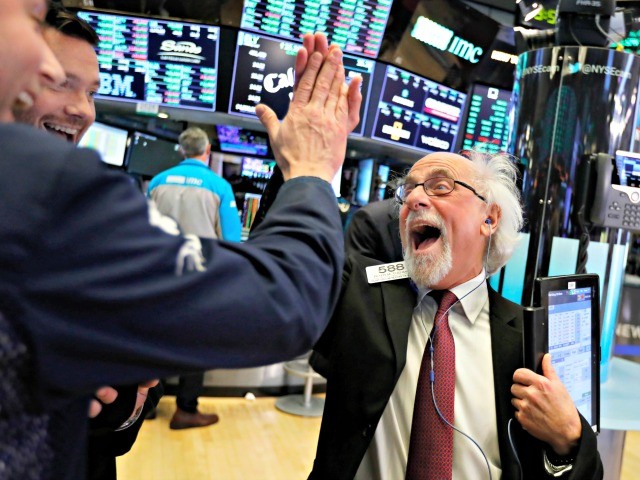 “Moody’s, Wall Street, said I will create 18.6 million new jobs, good-paying jobs, number one,” Biden said. “Number two, the GDP will grow by a trillion dollars more than it would under Trump.”

Indeed, Moody’s Analytics issued the report backing a blue wave on November 3, citing with a Biden administration there will be a return to more immigration and more free trade that will boost the financial industry’s efforts for higher GDP.

Wall Street has lined up hugely behind Biden and Harris against Trump. Biden’s campaign has raked in more than $50 million from Wall Street donors and, most recently, has been powered by a surge in donations from financial investors and venture capitalists, including the son of George Soros.

A CNN analysis last month admitted that “all the big banks are backing Biden” against Trump as donations pour in from Goldman Sachs, JPMorgan Chase, Citigroup, and Morgan Stanley.