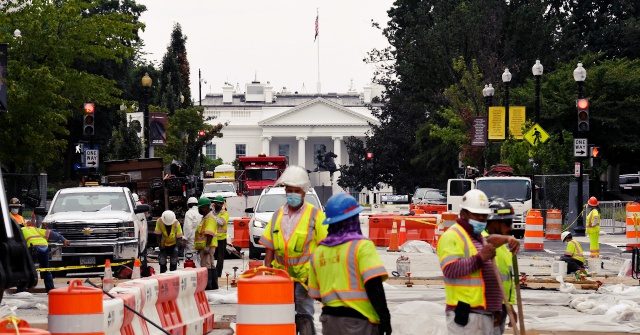 President Joe Biden is allowing businesses to import an additional 20,000 foreign workers on the H-2B visas program to take blue-collar jobs in the United States even as 12 million Americans remain jobless and millions more are underemployed.

On Thursday, Department of Homeland Security (DHS) Secretary Alejandro Mayorkas said 13,500 of the H-2B visas will be for foreign nationals who previously secured the visas. The other 6,500 visas will go to foreign nationals in Haiti, El Salvador, Guatemala, and Honduras.

“We are providing employers with the resources and support needed to sustain their businesses while expanding lawful pathways to the United States,” Mayorkas said in a statement.

Currently, 12 million Americans are jobless and nearly four million are underemployed but all want full-time jobs with good wages and competitive benefits.

Matthew Tragesser with the Federation for American Immigration Reform (FAIR) blasted the announcement, saying that Biden “continues to do the opposite” of “protecting the American worker” with his inflation of the U.S. labor market for the benefit of businesses:

The administration continues to place the interests of foreign nationals over blue and white collar American workers at a time when wages remain stagnant. The media and policymakers need to stop saying ‘labor shortage’ and instead try ‘adequate wage shortage,’ a phenomenon that more cheap foreign labor will keep in place. [Emphasis added]

Less than a month ago, Mayorkas announced that he would allow businesses to import 20,000 more H-2B foreign visa workers.

The H-2B visa program has been widely used by businesses to drag down the wages of American workers in landscaping, conservation work, the meatpacking industry, the construction industry, and fishing jobs, a 2019 study by the Center for Immigration Studies finds.

When comparing the wages of H-2B foreign workers to the national wage average for each blue-collar industry, about 21 out of 25 of the industries offered lower wages to foreign workers than Americans.

Annually, the U.S. gives green cards to about 1.2 million legal immigrants, while another 1.4 million foreign workers are admitted every year to take American jobs.