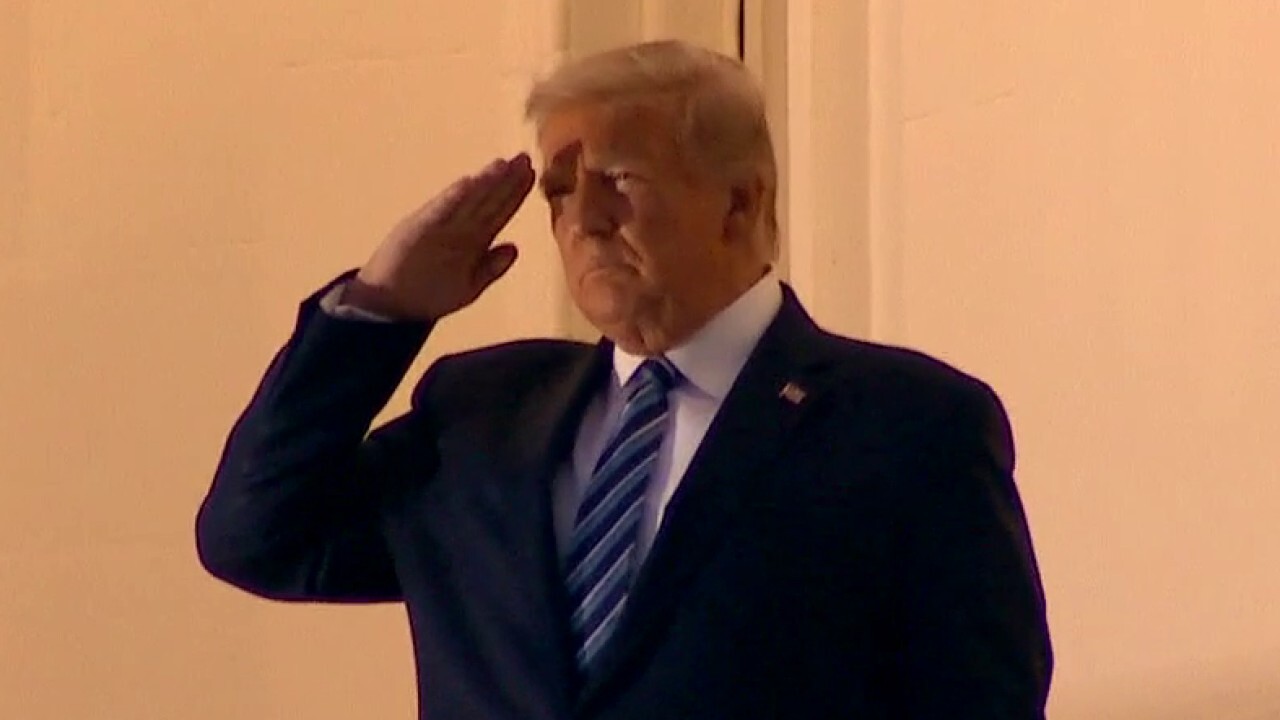 When the gloves come off, the mask goes on.

Joe Biden tweeted a meme showing President Trump removing his face mask upon his arrival at the White House late Monday after his treatment for COVID-19, and puts a side-by-side video of himself putting on a mask like a superhero.

Biden seemed to be trying to capitalize on the media’s intense criticism of Trump after his coronavirus diagnosis. Trump’s detractors say the president has been reckless since his diagnosis, ranging from his brief “visit” to supporters outside Walter Reed National Military Medical Center on Sunday and his early discharge.

The White House has insisted that Trump has followed the guidance of his medical staff.  Navy Cmdr. Sean Conley, Trump’s personal doctor, said the president had met or exceeded standards for discharge from the hospital. Conley, said earlier Monday that the president remains contagious and would not be fully “out of the woods” for another week.

Biden touted mask-wearing as a form of patriotism last weekend, criticizing the administration for not doing more to advance the practice during the pandemic.

Trump was criticized for appearing to downplay the virus when he said, “Don’t be afraid of it.”

TRUMP, BIDEN SPAR OVER CORONAVIRUS DEATH COUNTS: ‘YOU WOULD HAVE LOST FAR MORE’

Biden said during an NBC town hall Monday night that he was glad Trump seemed to be recovering well, “but there’s a lot to be concerned about — 210,000 people have died. I hope no one walks away with the message that it’s not a problem.”