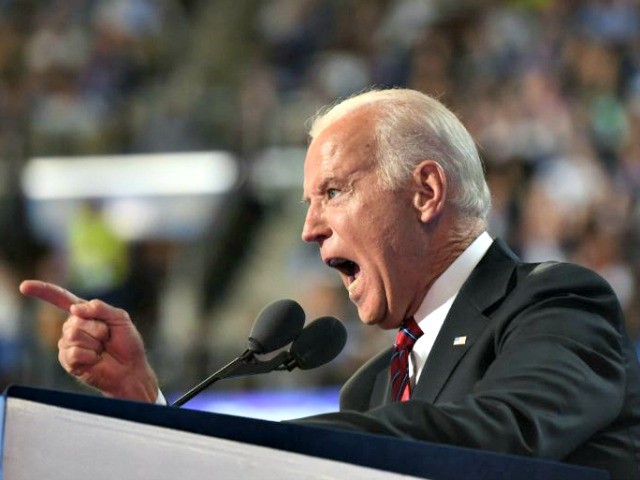 Appearing before the Penn Biden Leaders Dialogue at the University of Pennsylvania, Biden suggested the current administration’s response to McCain’s death was uncharacteristic of American values and will have longlasting effects on the nation’s political discourse.

Biden said at the University of Pennsylvania:

I think you’re going to see a significant change in the politics of the country, and I think lot of it had to do with the way in which the administration has treated people. I think the nail that maybe have put in the coffin this time was the way in which the administration responded to John McCain’s death, and the way it came across as being so nakedly… almost un-American. It was just raw. It wasn’t —it’s not who we are.

The Establishment was up in arms after President Trump marked McCain’s passing with a sole tweet, which read: “My deepest sympathies and respect go out to the family of Senator John McCain. Our hearts and prayers are with you!”

My deepest sympathies and respect go out to the family of Senator John McCain. Our hearts and prayers are with you!

“Despite our differences on policy and politics, I respect Senator John McCain’s service to our country and, in his honor, have signed a proclamation to fly the flag of the United States at half-staff until the day of his interment,” President Trump said in a commendatory statement.

Biden delivered an emotional eulogy at McCain’s memorial service, describing the late-lawmaker as a dear friend who cared little about politics, despite serving decades in the Senate and making multiple presidential bids.

“He could disagree on substance, but the underlying values that animated everything John did, everything he was, come to a different conclusion,” the former vice president said. “He’d part company with you if you lacked the basic values of decency, respect, knowing this project is bigger than yourself.”

Flanked by United Kingdom Deputy Prime Minister Nick Clegg, Biden also criticized President Trump’s approach to matters of foreign policy. “The worst thing in the world we can have is this new naked nationalism, America first. I believe making America first in the way we’re doing it will make America last,” he claimed.