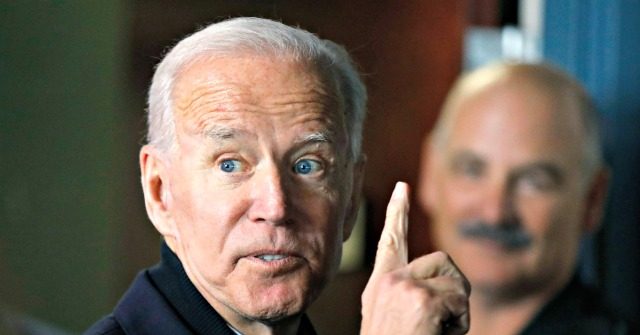 NEW YORK — Former Vice President Joe Biden was reportedly one of the few Obama administration officials who participated in secretive meetings during the early stages of the Obama-era intelligence community’s initial operations regarding suspected Russian interference in the 2016 presidential campaign.

That tidbit was contained deep inside a 7,700-plus word Washington Post article published June 23, 2017 in which the newspaper also detailed the highly compartmentalized nature of the original Russia interference investigation and the manner in which other U.S. intelligence agencies were deliberately kept in the dark.  Part of the efforts eventually involved unsubstantiated and ultimately discredited charges made by the Christopher Steele dossier that Trump campaign officials were colluding with Russia.

Biden’s largely unreported role in the initial Obama administration meetings on the matter of Russian interference could spark further questions now that Attorney General William Barr has appointed a U.S. attorney to investigate the origins of the Russia collusion claims.

Only last week, Barr commented that the intelligence community’s early handling of the Russia investigation may itself raise questions.  He noted that it was first handled at a “very senior level” and then by a “small group.”

In an interview on Fox News, Barr stated:

The thing that’s interesting about this is that this was handled at a very senior level of these departments. It wasn’t handled in the ordinary way that investigations or counterintelligence activities are conducted. It was sort of an ad hoc, small group — and most of these people are no longer with the FBI or the CIA or the other agencies involved. I think there’s a misconception out there that we know a lot about what happened. The fact of the matter is, Bob Mueller did not look at the government’s activities.

The lengthy Washington Post article from 2017 detailed the closed circle of Obama administration officials who were involved in overseeing the initial efforts related to the Russia investigation — a circle than was narrowly widened to include Biden, according to the newspaper report.

According to the newspaper, in the summer of 2016, CIA Director John Brennan convened a “secret task force at CIA headquarters composed of several dozen analysts and officers from the CIA, the NSA and the FBI.”

The Post described the unit as so secretive it functioned as a “sealed compartment” hidden even from the rest of the U.S. intelligence community; a unit whose workers were all made to sign additional non-disclosure forms.

The unit reported to top officials, the newspaper documented:

They worked exclusively for two groups of “customers,” officials said. The first was Obama and fewer than 14 senior officials in government. The second was a team of operations specialists at the CIA, NSA and FBI who took direction from the task force on where to aim their subsequent efforts to collect more intelligence on Russia.

The number of Obama administration officials who were allowed access to the Russia intelligence was also highly limited, The Post reported. At first only four senior officials were involved, and not Biden. Those officials were CIA Directir John Brennan, Director of National Intelligence James Clapper, Attorney General Loretta Lynch and then-FBI Director James Comey. Their aides were all barred from attending the initial meetings, The Post stated.

The circle of those who attended the secretive meetings on the matter soon widened to include Biden, The Post reported (emphasis added):

The secrecy extended into the White House.

Gradually, the circle widened to include Vice President Biden and others. Agendas sent to Cabinet secretaries — including John F. Kerry at the State Department and Ashton B. Carter at the Pentagon — arrived in envelopes that subordinates were not supposed to open. Sometimes the agendas were withheld until participants had taken their seats in the Situation Room.

Adding another layer of secrecy, the newspaper reported that when the closed Cabinet sessions on Russia began in the White House Situation Room in August, the video feed from the main room was cut off during the meetings.

The feed, which allows only for video and not audio, is usually kept on so that senior aides can see when a meeting takes place.

The blacked-out screens were seen as an ominous sign among lower-level White House officials who were largely kept in the dark about the Russia deliberations even as they were tasked with generating options for retaliation against Moscow.

It was not clear what went on inside those meetings and how many included Biden’s participation.  The meetings progressed during the period that the Steele dossier was reported to the FBI.

The dossier was cited as evidence in three successful FISA applications signed by Comey to obtain warrants to spy on Trump campaign adviser Carter Page. The second and third were renewal applications since a FISA warrant must be renewed every 90 days.

Comey, Brennan and Clapper have been the subjects of a dispute in recent weeks over which top Obama administration officials advocated for the infamous dossier to be utilized as evidence in the Russia collusion investigation, as Breitbart News reported.

The dossier was produced by the controversial Fusion GPS firm which was paid for its anti-Trump work by Hillary Clinton’s 2016 campaign and the Democratic National Committee via the Perkins Coie law firm.

Last year, meanwhile, Biden publically defended the Obama administration’s handling of the Russia probe amid accusations that the Obama White House didn’t do enough and waited until after the election to make the Russia interference charges public.

“I’m sure I’m leaving stuff out,” Biden said last January at a speech to the Council on Foreign Relations. “The bottom line was it was tricky as hell. It’s easy to say now, well maybe we should have said more. But I’ll ask you a rhetorical question — can you imagine if the President of the United States called a press conference in October … and said, ‘Tell you what, the Russians are trying to interfere with our elections and we have to do something about it.’ What do you think would have happened?”

Trump, however, previously suggested Obama’s not being forceful enough on the matter was politically motivated.

The reason that President Obama did NOTHING about Russia after being notified by the CIA of meddling is that he expected Clinton would win … and did not want to ‘rock the boat.’ He didn’t ‘choke,’ he colluded or obstructed, and it did the Dems and Crooked Hillary no good.