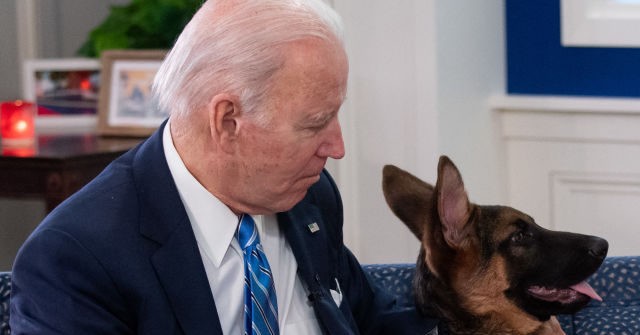 President Joe Biden recalled Monday putting a dead dog on the doorstep of one of his constituents, back when he served on the county council in the state of Delaware.

During a speech at the National Association of Counties 2022 Legislative Conference in Washington, DC on Tuesday, Biden recalled when he served on the council and received a call from one of his constituents, who he said was in a wealthy neighborhood.

“I got a call one night, a woman said to me, obviously not of the same persuasion as I was politically, called me and said, ‘There’s a dead dog on my lawn.’”

Biden recalled that he told the woman that the county would deal with it in the morning.

“She said, ‘I want it removed now. I pay your salary,’” Biden recalled.

“So I went over. I picked it up. She said, ‘I want it out of my front yard,’ I put it on her doorstep,” Biden said with a grin as the crowd laughed.

Biden used the story to highlight how important local government officials were to addressing immediate problems.

“I ran for the Senate because it was too hard being on the council,” Biden said with a chuckle.