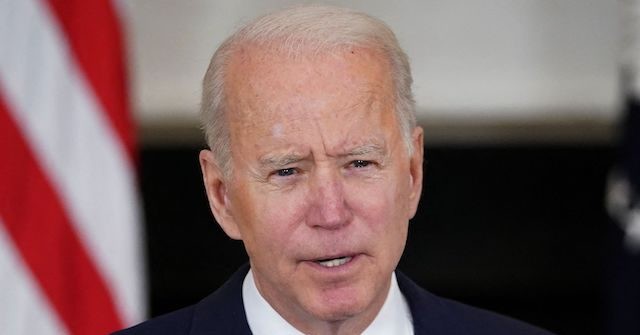 “Raising taxes, studies show, will not slow the economy at all … It will make the economy function better and will create more energy,” he said.

Biden spoke to reporters about his plan at the White House on Friday morning before leaving for the weekend.

The president’s plan would raise the corporate tax rate from 21 percent to 28 percent, and raise taxes for individuals making more than $400,000 a year. Biden argued the tax hikes were necessary to help pay for his dramatic spending proposal.

“If the Republicans decide that we need it but they’re not going to pay for it, it’s just going to increase the deficit,” Biden said.

Senate Minority Leader Mitch McConnell vowed to fight Biden’s proposal, during a press conference in Kentucky on Thursday, noting too much of the proposed spending was focused on leftist climate and green energy priorities and raising taxes.

“I’m going to fight them every step of the way because I think this is the wrong prescription for America,” McConnell said.

But Biden warned McConnell that Republican voters would likely support his spending plan.

“I think the Republican’s voters are going to have a lot to say about whether we get a lot of this done,” he said when asked by reporters about McConnell’s opposition to the proposal.

“What do you think would happen if they found out all the lead pipes were up in the Capitol every time they turned on the water fountain?” he asked.