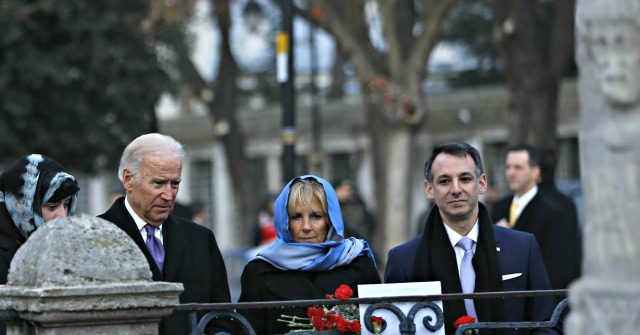 Biden’s daughter, Ashley, married Philadelphia head and neck doctor Howard Krein in 2012. Krein, who is currently advising Biden for his campaign, remains chief medical officer at the firm StartUp Health, which has tied itself in partnerships with Chinese corporations through the years.

“China’s systematic and urgent response to contain COVID-19 has become a kind of playbook for other countries working to ramp up similar impromptu yet systemized efforts to stay the spread of this novel infectious disease,” a StartUp Health post in March states.

The China-based Medebound corporation, which connects Chinese patients with American doctors, has gotten help from StartUp Health in their initiatives venturing into the U.S. market.

In the last few years, however, Ping An has gotten into the healthcare game and built a budding healthcare ecosystem within their organization.Th eir most notable project to date, Ping An Good Doctor, has raised about 1.1 billion dollars and is now the largest telehealth platform in the world, with over 192 million registered users. Ping An took the platform public at the beginning of May.

In November 2018, Medebound and Ping An — both associated with StartUp Health — entered into a “comprehensive cooperation” to build “a docking channel for the top medical resources in China and the U.S. on radiology, oncology, cardio-cerebral vascular diseases and altogether 72 medical specialties.”

Questions surrounding StartUp Health’s seemingly close connections to Biden when he was vice president from 2009 to 2016 have circulated with the publication of a Politico report this week.

In that report, it was revealed that Krein has been investing in coronavirus solution companies while advising Biden on the coronavirus on the campaign trail.

Krein’s StartUp Health came from OrganizedWisdom, which was founded by Krein’s brother, Steven. The company, like StartUp Health, had Krein as its chief medical officer.

StartUp health focuses largely on “moonshot” investments in the healthcare industry that had close ties to the Obama administration when Biden served as vice president. For instance, before StartUp Health launched, Steven Krein held a meeting with President Obama and Biden. Krein is said to have set up the meeting between his brother, Obama, and Biden.

When the Obama administration, and particularly Biden, started the Cancer Moonshot project — a “new national effort to end cancer as we know it,” according to Biden’s website at the time — Krein’s StartUp Health was closely involved.

Towards the end of the Obama administration, Biden actually spoke at StartUp Health’s annual event in San Francisco, California.

The Biden Cancer Initiative, an arm of the Cancer Moonshot project, was shut down by the Bidens in July 2019 after he left office and only a few months after he announced his run for president.