In mid-September, Biden slipped and pitched the duo as the “Harris-Biden administration”:

“It’s so much harder for military spouses to find good jobs and build their careers,” Biden said. “We have to change that, and we’re working on it … for example, making it easier to carry your professional credentials with you, from one state to another, when your spouse moves.”

“The Harris-Biden administration will relaunch that effort and make it easier for military spouses and veterans’ meaningful careers, to ensure teachers know how to support military children in the classroom, and to improve support for caregivers and survivors so much more than we do now,” he added.

One day earlier, Harris put herself first in the tandem:

In August, the campaign centered Harris in a graphic as “Day One Ready”: 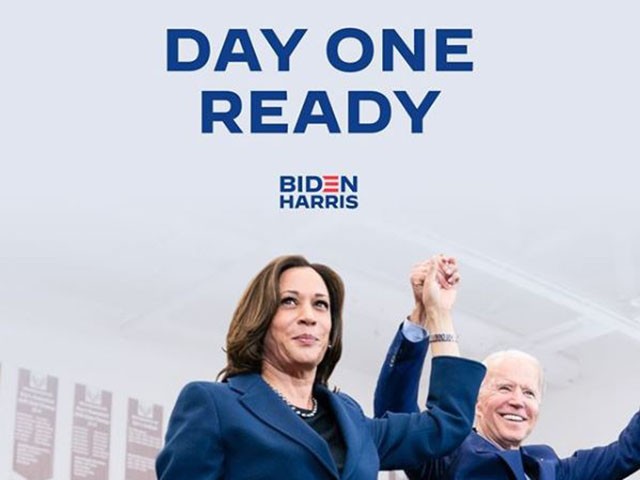