White House staff posted a photo of Eilish and her brother Finneas at the White House with the president on social media. All three were wearing masks for the photo

“When I heard my friends Billie Eilish and Finneas were in town for a show, I knew I had to invite them over to the White House,” the post on social media read.

“Great to see you and your family — and I’m glad you got to meet Commander,” he said, referring to his new puppy he got in December.

Eilish joined many celebrities in 2020 to endorse Biden for president after it was clear he would be the Democrat nominee.

She also performed the song ‘My Future’ during the Democrat National Convention and condemned Trump in a speech.

“Donald Trump is destroying our country and everything we care about,” she said.

In October 2020, Eilish urged her fans to “Vote the Orange Man out.”

“If we vote the orange man out, maybe we’ll get to see each other again,” she said. “I’m literally not even joking at all.”

She also teamed up with Planned Parenthood to get out the vote. 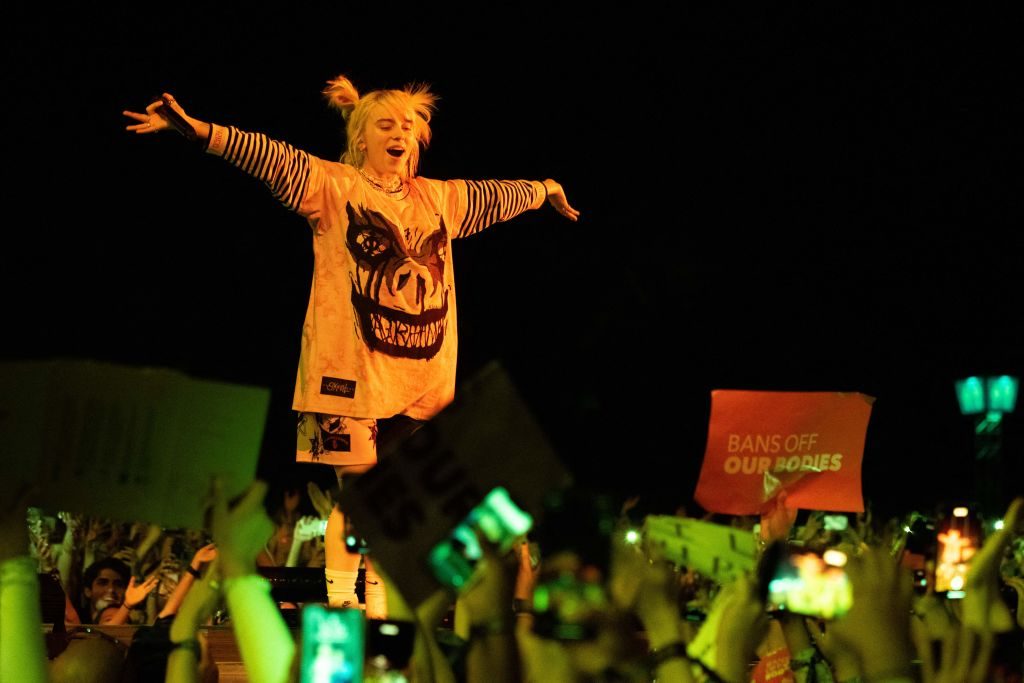 Eilish has aligned with Democrats for a number of causes, including a YouTube special with former President Barack Obama to warn about global warming.

She also denounced a pro-choice law in Texas last Fall, shouting “My body, my f**king choice!” at concert in Austin, Texas.

But that has not stopped some activists from criticizing Eilish after video clips emerged of her using racial slurs in June. Eilish was also criticized in August for saying “Hi Israel!” to her fans.