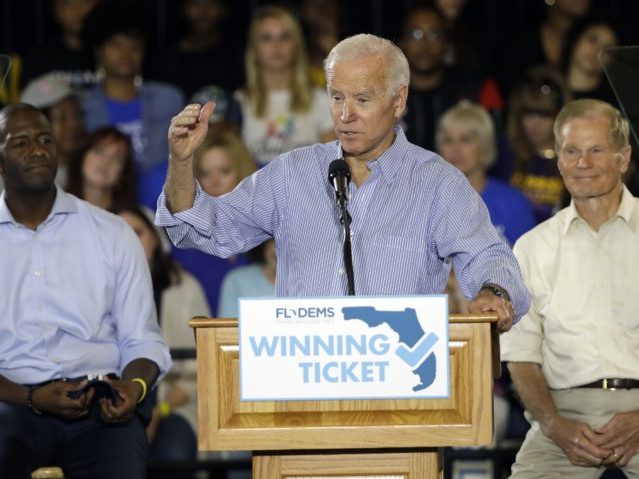 REPORTER: You have a good political gut. What’s your prediction? You were predicting a few weeks ago 40 seats and win back the Senate. Are you hold to that?

BIDEN: I’ll be dumbfounded if we lose the House. Dumbfounded. I’ll be surprised if we don’t win by a comfortable margin, based on the seats. Their’s 65 races I’ve been into. I think we’ll pick up, up to six governors seats in critical states in the upper midwest and out west. I also think that, I still think there’s a shot at us winning the Senate. I’m hoping Bredesen in Tennessee is able to pull it out. I think there’s a few key states to look at and I think we’re still in play for the Senate.

I think that you’ll see a number of Republicans when this election is over, who have been retained or aren’t running in 2020, I think you’re going to see them distancing themselves, like a number of them did from Trump in terms of this hard rhetoric and his divisive politics.

REPORTER: What’s the message you hope President Trump takes from election night, especially if it is a Democratic victory in the House and even the Senate?

REPORTER: Do you have any concerns he will challenge the legitimacy of this vote if it doesn’t go his way?