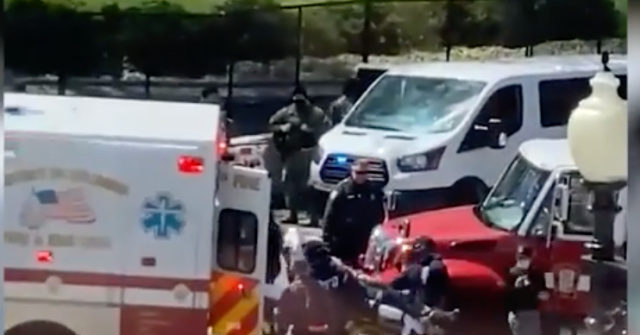 President Joe Biden expressed his sorrow over the death of a Capitol Hill police officer after a violent attack at the Capitol Friday, but he did not condemn the suspect, who identified himself on social media as a follower of Nation of Islam leader Louis Farrakhan.

Biden said in a statement he was “heartbroken” to learn Officer William Evans of the U.S. Capitol Police was killed in the attack, and that a second officer was severely injured. But the president made no mention of the ideology that likely inspired the attacker.

Noah Green described himself as a “Follower of Farrakhan” on his Facebook page, according to reports. Green hit two police officers with his car and rammed a security barrier. Green was shot and killed by law enforcement after he exited the vehicle and drew his knife.

“However, the path has been thwarted, as Allah has chosen me for other things,” Green wrote on his Facebook page. “Throughout life, I have set goals, attained them, set higher ones, and then been required to sacrifice those things.”

Instead of condemning Green’s attack, however, President Biden alluded to the mob that stormed Capitol Hill in January to protest his election.

“We know what a difficult time this has been for the Capitol, everyone who works there, and those who protect it,” he wrote, and added, “As we mourn the loss of yet another courageous Capitol Police officer, I have ordered that the White House flags be lowered to half-mast.”

The White House did not respond to a request from Breitbart News for comment.