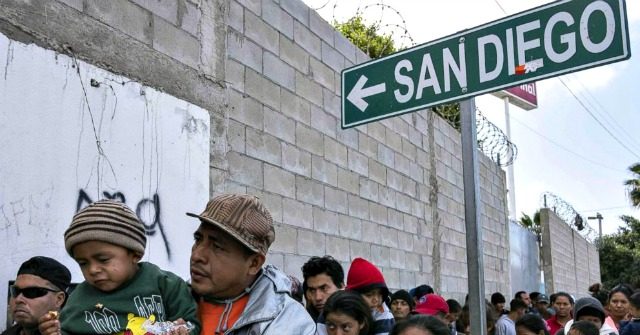 In his first address to the nation from the White House, President Joe Biden urged Americans to continue following Centers for Disease Control (CDC) guidelines to protect against the Chinese coronavirus but gave no similar warnings to the thousands of foreign nationals arriving at the United States-Mexico border.

“Listen to Dr. Fauci,” Biden told Americans in the address.

At the same time, Biden made no such demands — or even acknowledged the phenomenon — of a growing number of migrants traveling through Mexico up to the southern border in hopes of being released into the U.S. interior.

Since the start of his administration, the Department of Homeland Security (DHS) has revamped the Catch and Release program. To date, Biden does not require coronavirus tests for border crossers before their release. Only migrants enrolled in the Remain in Mexico program are required to take tests.

Reports by NBC News this month confirmed that between January 25 and March 1, almost 110 border crossers released by Biden’s DHS had ended up testing positive for the coronavirus. The total number of coronavirus-positive border crossers being released is likely much more, as the data was collected from only one region in Brownsville, Texas.

Even after border crossers test positive, they are not required to quarantine. Instead, many continue traveling into the U.S. interior to various states.

In addition, Biden administration officials are eyeing plans to eliminate a Centers for Disease Control (CDC) order known as “Title 42” that has given federal immigration officials the authority to quickly apprehend, detain, and return border crossers to their native countries for the sake of public health.

This week, Breitbart News exclusively reported that top DHS officials are pushing to prevent federal immigration officials from applying the Title 42 order to adults arriving with children — thus ensuring the population’s likely release into the country.

House Republicans sent a letter to the Biden administration requesting answers as to how many coronavirus-positive border crossers have been released into the U.S. interior.

“… this is a guaranteed super spreader event,” the lawmakers wrote.