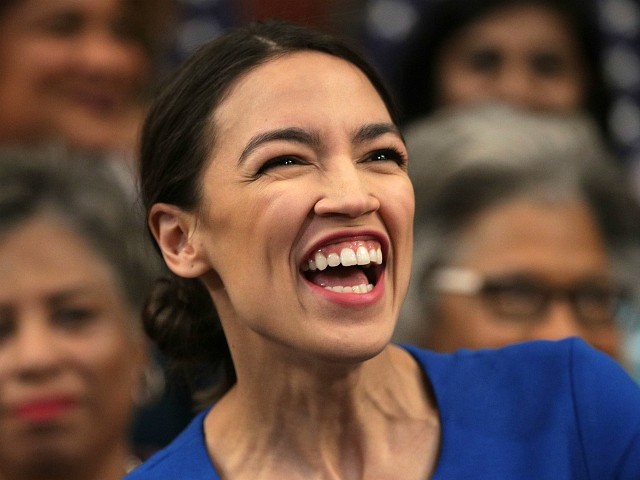 While he hit a range of subjects during the exhaustive interview, he praised the Democrat socialist lawmaker, despite marketing himself as a moderate Democrat.

“That’s what this election is about. I’m happy to debate that issue and all those issues with my friends because guess what, look who won the races. Look who won last time out,” Biden said, referring to the extreme left’s victories in the midterm election.

However, Biden still maintained that a moderate Democrat will stand a better chance of beating President Trump in the general election.

“By the way, I think Ocasio-Cortez is a brilliant, bright woman, but she won a primary,” Biden continued. “In the general election fights, who won? Mainstream Democrats who are very progressive on social issues and very strong on education and healthcare”:

Biden: “I think Ocasio-Cortez is a brilliant, bright woman, but she won a primary. In the general election fights, who won? Mainstream Democrats who are very progressive on social issues, and very strong on education, health care.” https://t.co/F8L4wlRkWN pic.twitter.com/sTO5RXCj34

Despite Biden’s vast attempts to present himself as a moderate, he still holds what many would consider “extreme” positions. He supports government gun confiscation and explained his position during the first debate: “Folks, look, and I would buy back [assault] weapons. We already started talking about that. We tried to get it done. I think it can be done. And it should be demanded that we do it. And that’s a good expenditure of money.”

He also flip-flopped on the Hyde Amendment and now supports the use of federal dollars for abortion procedures.

“Folks, times have changed. I don’t think these guys are going to let up,” he said at the IWillVote Gala last month.

“Scientifically, anything that is less than helping us cut carbon emissions in half by 2030 is going to be too late,” she said, according to the Hill.