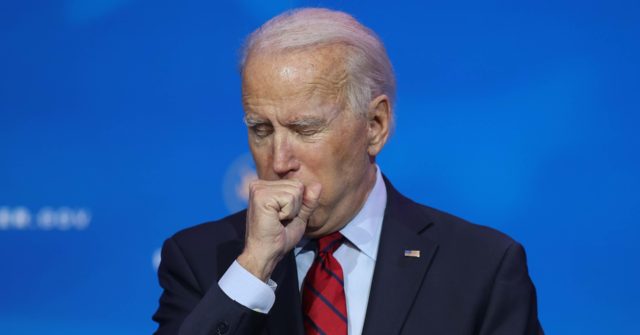 In a press conference in Wilmington, Delaware, Biden introduced the members of his health policy team. They included Dr. Anthony Fauci, who has been a controversial member of Trump’s team as well.

But Fauci was not the only part of Trump’s effort that Biden intends to recycle upon assuming the duties of office.

My first 100 days is going to require, I’m going to ask for a masking plan. Everyone for the first 100 days of my administration to wear a mask. It will start with my signing an order on day one to require masks where I can under the law, like federal buildings, interstate travel on planes, trains and buses. I’ll also be working with the governors and mayors to do the same in their states and their cities. We’re going to require masks wherever possible.

Aside from the requirement that everyone in the administration wear a mask for 100 days, the other parts of Biden’s plan are largely in place under Trump.

As for the remaining twelve, Biden has stepped back from trying to force them to implement mask mandates and is simply urging them to do so, because of constitutional limits to presidential power. There is not much difference between his policy and the one Trump is currently conducting, other than Biden’s own personal example of wearing a mask himself.

Biden also promised to provide “at least 100 million COVID vaccine shots into the arms of the American people in the first 100 days.” That, too, repeats something President Trump has already done, and begun implementing.

But last week, the U.S. Department of Health and Human Services had already announced that 100 million Americans would be vaccinated by the end of February, thanks to Operation Warp Speed:

Top officials tapped with developing, approving and distributing COVID-19 vaccines say they’re on track to begin distributing the first doses in the coming weeks and plan to vaccinate 100 million Americans by the end of February.

Biden has repeated Trump’s coronavirus policies before. In March, for example, he demanded that President Trump invoke the Defense Production Act to require companies to provide essential medical equipment — minutes after Trump had already done so.

Update: Biden also promised that “my team will work to see that a majority of our schools can be open by the end of my first 100 days.” President Trump has insisted for months that it is safe for schools to reopen; they have remained open even during broad lockdowns in Europe, because of the small risk of coronavirus to children, or of child-to-adult transmission.

Joel B. Pollak is Senior Editor-at-Large at Breitbart News and the host of Breitbart News Sunday on Sirius XM Patriot on Sunday evenings from 7 p.m. to 10 p.m. ET (4 p.m. to 7 p.m. PT). His newest e-book is Neither Free nor Fair: The 2020 U.S. Presidential Election. His recent book, RED NOVEMBER, tells the story of the 2020 Democratic presidential primary from a conservative perspective. He is a winner of the 2018 Robert Novak Journalism Alumni Fellowship. Follow him on Twitter at @joelpollak.