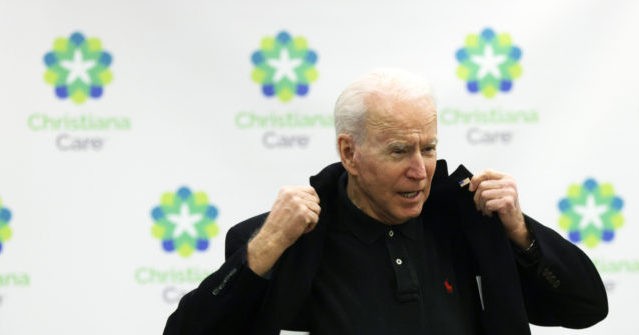 New weekly jobless claims jumped to 965,000 in the week that ended January 2, the Department of Labor said Wednesday.

Jobless claims can be volatile week to week so many economists prefer to look at the four-week average. This rose to 834,250, an increase of 18,250 from the previous week’s downwardly revised average.

Jobless claims—which are a proxy for layoffs—remain at extremely high levels. Prior to the pandemic, the highest level of claims was 695,000 hit in October of 1982. In March of 2009, at the depths of the financial crisis recession, jobless claims peaked at 665,000.

Even when the economy is creating a lot of demand for workers, many businesses will shed employees as they adjust to market conditions. But in a high-pressure labor market, those employees quickly find jobs and many never show up on the employment rolls. What appears to be happening now is that many workers who lose their jobs cannot quickly find replacement work and are forced to apply for benefits.

Claims hit a record 6.87 million for the week of March 27, more than ten times the previous record. Through spring and early summer, each subsequent week had seen claims decline. But in late July, the labor market appeared to stall and claims hovered around one million throughout August, a level so high it was never recorded before the pandemic struck. Claims moved down again in September and had made slow, if steady, progress until the election.

The election of Joe Biden and uncertainty about which party would control the Senate may be discouraging businesses from hiring. Biden has promised to make raising taxes on businesses a top priority for his administration, which will leave businesses with fewer funds for expanding payrolls or raising wages. As well, many businesses expect a flood of new regulations from the Biden administration, which is also a drag on the labor market.

New restrictions on businesses aimed at stemming the resurgence of coronavirus are likely contributing to layoffs now. Some states and cities have imposed new curfews and discouraged people from leaving home for non-essential reasons. Businesses faced with this suppressed demand will likely be forced to cut their payrolls to reflect lower sales.

Last week’s riot on Capitol Hill by supporters of President Donald Trump who were protesting the certification of the Electoral College vote for Joe Biden—as well as the fevered partisan reaction by Democrats determined to impeach the president for a second time and anti-Trump politicians and mainsteam media outlets who described the riot as a “coup” or an “insurrection”—may also have caused some employers to put hiring on hold.

The monthly jobs report on the Labor Department’s Job Openings and Labor Turnover Survey, or JOLTS, showed that layoffs in the restaurant and hotel sector had hit a pre-pandemic record high.

Continuing claims, those made after the first filing for benefits, get reported with a week’s lag from initial claims. For the week ended January 2, continuing claims rose 199,000 to 5,271,000.  The four-week average of continuing claims was 5,215,750, a decrease of 59,000 from the previous week.

The total number of continued weeks claimed for benefits in all programs for the week ending December 26 was 18,406,940, a decrease of 744,511 from the previous week. Much of this decrease is likely due to people coming off the unemployment rolls because they had hit the limit for how long they could receive benefits rather than being an indication of people finding work.