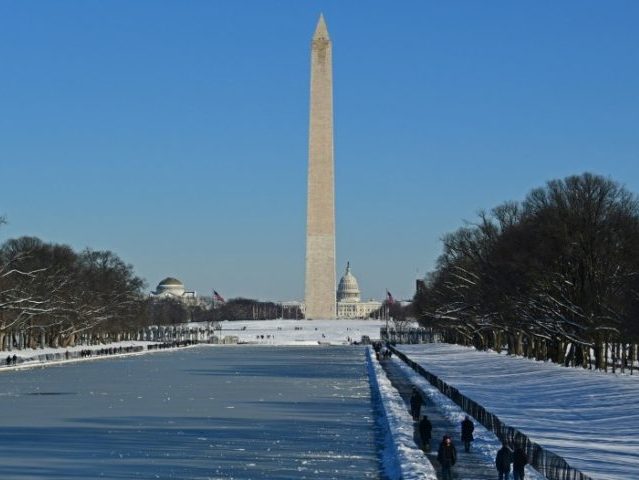 The number of Americans filing applications for jobless benefits rose 53,000 to 253,000 from a 49-year low the prior week, indicating that the labor market experienced some slowdown during the government shutdown.

Jobless claims can be quite volatile week to week. The 4-week moving average, which smooths out weekly volatility, is considered a more reliable metric for the health of the labor market. This rose by 5,000 to  220,250.

Unemployment claims are a proxy for layoffs. They have been closely watched over the past year for signals of how the tariffs and the trade dispute with China might be affecting U.S. jobs. So far, the data show no signs that tariffs are costing American workers jobs.

In addition, jobless claims have become a focus for those looking for signs the government shutdown may have hurt the labor market. Federal workers who were locked out of their jobs during the shutdown were eligible to claim unemployment benefits, as were private sector employees of many government contractors who stopped worked during the shutdown.

Jobless claims by Federal workers get reported with a delay. Claims by federal workers totaled 14,739 in the week ending January 19, a decrease of 10,680 from the prior week. There were 40,112 federal workers filing for unemployment benefits for the week ending January 12, an increase of 15,431 from the previous week.
The Federal Reserve announced it was pausing interest rate hikes after its January 29-30 meeting. The Fed hiked rates four times last year and had earlier forecast more hikes for 2019. Now it appears the Fed might not hike at all this year. The futures market indicates that there is a significant chance the Fed will cut rates in 2020 rather than raise them further.

Despite backing off plans to hike rates, the Fed described the jobs market as a “strong” in its statement and noted that unemployment remains very low. Nonetheless, inflation remains very low and data suggests price pressure has eased in recent months.