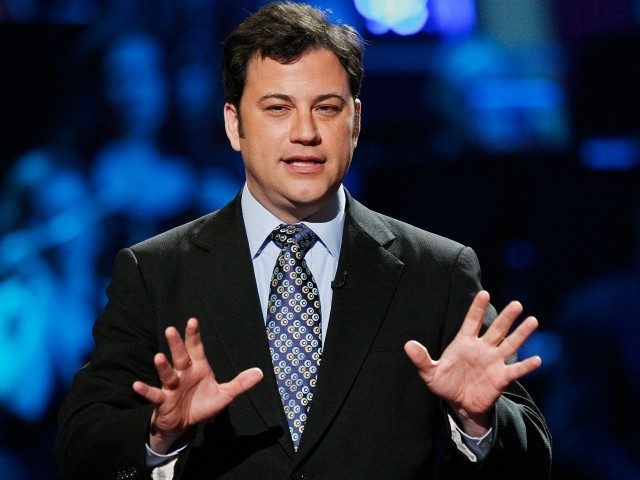 “Some of the Republican senators put on quite a show of fabricated outrage today, in particular Lindsey Graham. Once Dr. Ford was safely out of the room, Lindsey Graham really laid down the law,” Jimmy Kimmel said.

“He warned Democrats that if this is the new normal, if this is the way it’s going to go, they better watch out for their own Supreme Court nominees, as if Merrick Garland isn’t out there somewhere judging a dog show right now.”

“And once he got some camera time–somebody must have told Lindsey Graham that Donald Trump was watching because he lit up like someone left a thumbtack on Liberace’s piano bench,” Kimmel said, denigrating Graham by comparing him to a famous gay man.

Graham indeed became passionate during the hearings Thursday, saying, “This is the most unethical sham since I’ve been in politics, and if you really wanted to know the truth you sure as hell wouldn’t have done the same thing you did to this guy.”

“I cannot imagine what you and your family have gone through,” Graham said to Kavanaugh, then turning to Democrats, saying, “Boy y’all want power – I hope you never get it. I hope the American people see through this sham. That you knew about it and held it, you had no pretention of protecting Dr. Ford, none.”

Kimmel isn’t alone in slamming hearings. Many Hollywood celebrities went into full meltdown-mode over it on Thursday, freaking out over Kavanaugh and mocking him for crying.