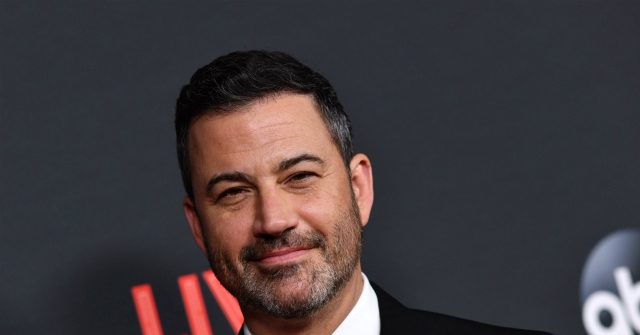 Jimmy Kimmel began his monologue, which was filmed before Tuesday night’s Democrat debate, with a swipe at how Trump’s daughter Ivanka earned her senior position in the White House amid the ongoing controversy surrounding former Vice President and Democratic candidate Joe Biden’s son Hunter’s dealings with Ukraine.

“Hunter Biden had an interview with ABC News this morning in which he admitted he probably wouldn’t have been asked to serve on the board of that company if his father wasn’t vice president — unlike Ivanka Trump, who earned her role in the White House on the merits of her line of stylish pumps,” Kimmel said.

The ABC host went on to launch a defense of Hunter Biden, accusing Trump and his associates of spreading “unproven nonsense” about how he benefitted from his father’s relationships in Ukraine.

“Team Trump has been spreading all sorts of unproven nonsense about Hunter Biden, and I don’t get that,” Kimmel said. “I mean, why would they align themselves with these conspiracy theories when they can just point out that Hunter Biden is a 49-year-old man with two bracelets? For me, that’s all I need to know.”

Kimmel saved his most vicious attack for Trump’s daughter-in-law Lara, wife of his son Eric, after she praised his recent decision to pull U.S. troops out of Kurdish-controlled northern Syria in a Fox News interview, suggesting that most Americans would have to use Google just to find out who the Kurdish people are.

“They’d also have to google, ‘Who is the heartless imbecile with lip injections on my TV right now?’” Kimmel added. “The Kurds, Lara, are our allies, and if they get slaughtered ISIS moves in. They’re really scraping the bottom of the Trump-family barrel on the news.”