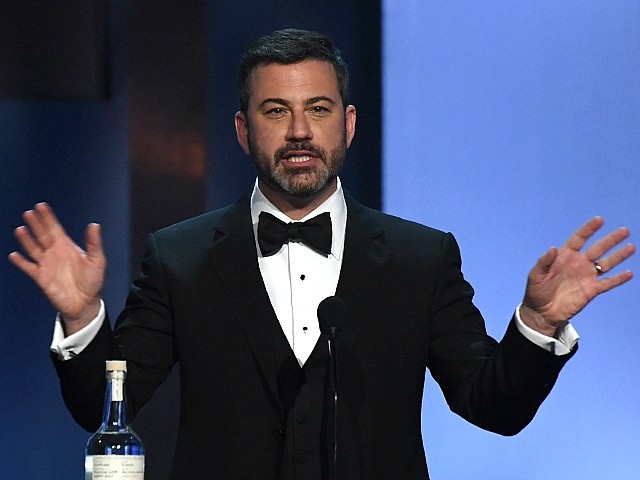 ABC’s late-night funnyman Jimmy Kimmel urged his audience to vote for Democratic candidate Beto O’Rourke in his upcoming Senate race against Ted Cruz, arguing a defeat for the incumbent conservative senator would be “hilarious” for the world to see.

On Monday evening, Cruz held a rally alongside President Donald Trump, an impressive show of Republican unity following the pair’s brutal primary campaign during the 2016 presidential election. During the campaign, Trump nicknamed Cruz “Lyin’ Ted” and mocked the appearance of his wife Heidi.

“This race is so tight, that Cruz had to ask his former arch enemy Donald Trump for a boost, and the President lend a tiny hand at a rally for Ted Cruz in Houston tonight,” Jimmy Kimmel began. “That had to be the saddest phone call Ted Cruz ever had to make. I mean, imagine if your neighbor insulted your wife’s face, and then you had to ask him to loan you a weed whacker. That’s Ted Cruz’s life right now.”

“Imagine how hilarious it will be if Ted Cruz is forced to kiss his bully’s ass in front of the whole world, and then loses anyway,” Kimmel continued. “Come on, I mean, if nothing else, do it for comedy’s sake.”

Kimmel has a bitter personal history with Cruz. The two men competed in a charity basketball game earlier this year that Cruz eventually won. During the game, Kimmel called Cruz a “blobfish” and criticized his positions on illegal immigration and healthcare policy.

Cruz’s challenger, Rep. Beto O’Rourke, holds left-wing views on issues such as illegal immigration, healthcare, and the Second Amendment — positions that have won him financial support from progressives all over the country.

According to the RealClearPolitics polling average, Cruz maintains a seven-point lead of his challenger O’Rourke, suggesting he is still on course to win next month’s election — despite Democrats pouring huge resources into the race at the expense of other candidates’ campaigns nationwide.