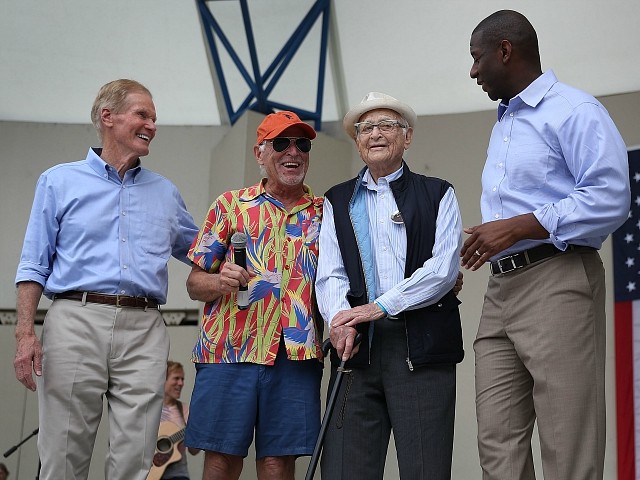 Florida Line-Up, complete with Jimmy Buffet and Normal Lear, BOTH of which were stumping for @AndrewGillum and @SenBillNelson #BringItHome pic.twitter.com/V2rtoiB3ax

Buffett then took a dig at Nelson’s opponent, Florida’s Republican Gov. Rick Scott, while belting out one of his most popular songs “Margaritaville,” crooning, “Some people say there’s a red tide to blame, but I know, that it’s all Rick Scott’s fault.”

Saturday’s event is the second concert Buffet has held in support of a Democrat candidate running to be the Sunshine State’s next governor. Previously, the longtime Palm Beach, Florida, resident performed a free concert for Gwen Graham, whom Gillum defeated during a hard-fought primary battle earlier this year.