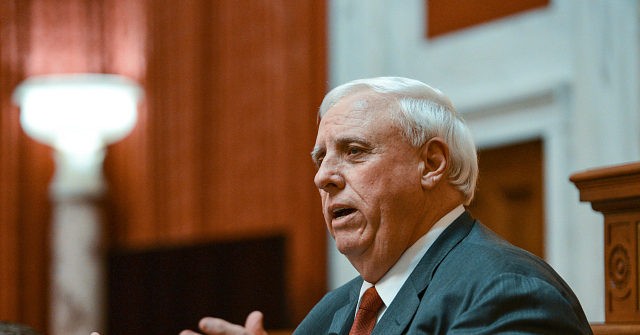 “There’s surely animosity,” said Justice of left-wing hostility towards West Virginia’s energy sector. “Imagine this: West Virginia’s hardwood trees literally clean up an equivalency annually of 21 coal-fired power plants. Our air is just perfect here. And yet, you have people on the far-left that can’t even see across the street in California, and when all their crap floats across us, we clean it up for them. And yet, they want to cast stones non-stop about all the coal and the gas and everything else under the sun.”

West Virginia will be “fair” to all options for energy development where it is economically viable, including “alternative” options such as wind, solar, or hydroelectric, said Justice.

Democrats’ accelerating left-wing political momentum is alienating West Virginians, including Democrats, estimated Justice. He warned, “The left has gotten further and further and further left, and the pandering to the voter base. Who knows what the next thing will be that comes out. … If we don’t watch out, the country is going to slip into the hands of people that would cause us phenomenal harm.”

“You would find the Democrats, in general, in West Virginia are good conservative-thinking people,” estimated Justice. “You don’t see the people in West Virginia on the far, far, far-left Democrat side.”

Justice concluded with praise for Breitbart News. “Listen, Alex, you guys are doing a wonderful job,” he said. “You always have. You’re really the best of the best.”