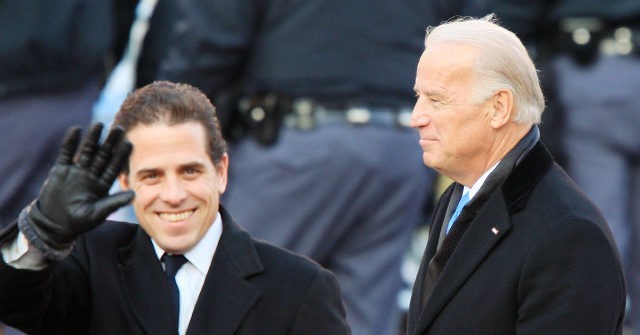 Rep. Jim Jordan (R-OH) said Tuesday his staff on the Judiciary Committee have authenticated that the emails reportedly found on Hunter Biden’s laptop are real.

“Our staff has had numerous conversations…which have independently confirmed for us that in fact these emails are real, they’re authentic,” he said on a Trump campaign conference call with reporters.

“We’re confident that that is in fact the case, and that these emails are accurate,” he said.

An email from a laptop reportedly dropped off by Hunter Biden to a Delaware computer shop showed that Hunter Biden had arranged a meeting in 2015 between an adviser to Burisma, the Ukrainian natural gas company where he was sitting on the board, and his father, then-Vice President Joe Biden.

This was despite the elder Biden’s repeated denials on the campaign trail that he ever discussed overseas business dealings with his son.

“Hunter Biden cashed in, Joe Biden is compromised, and of course the former vice president misled the American people when he said he had no knowledge, no understanding of what his son was up to in his international business dealings,” Jordan said.

Jordan said other key facts support that the emails are authentic.

He said for one, Director of National Intelligence John Ratcliffe has indicated the emails are not Russian disinformation. Two, the Bidens have not denied it is Hunter Biden’s laptop. Three, there is a form signed by Hunter Biden when he dropped off his laptop, as reported by Fox News’s Mike Emanuel on Monday.

Jordan also pointed to a 2017 email that referenced 10 percent of shares to be held for “the Big Guy.” Fox News has reported that sources confirm “the Big Guy” is Joe Biden.

“Our staff has had conversations that authenticate that the fact that these emails are real, and that as reported I believe by Mike Emmanuel as well, that the Big Guy is a reference [to] the former vice president,” Jordan said.

“So it seems to me the mainstream press should be pressing the former vice president on his misleading statement to the American people and the fact that it sure appears he is now compromised to the Communists in China,” he said.

“The mainstream press won’t ask, and frankly even if they did want to, they can’t right now, because Mr. Biden’s kind of in hiding until the debate on Thursday.”

In contrast, Jordan said Trump is the first president in his lifetime to stand up to China.

“I think the irony here is…it was the Democrats and former Secretary Clinton that said that Trump was compromised with his dealings with Russia,” he said.

“As we learned just a few weeks ago from Mr. Brennan’s note, it was in fact the Clinton campaign who had conjured this whole thing up and worked with the Russians,” he said.