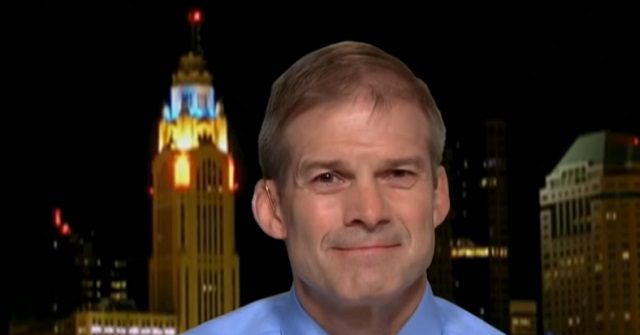 In a Sunday appearance on FNC’s “Fox & Friends Weekend,” Rep. Jim Jordan (R-OH) sounded off on the New York Post report that Hunter Biden, the son of Democratic presidential nominee Joe Biden, had email correspondence uncovered that allegedly showed him getting help from his father to obtain a “lucrative” relationship with Ukrainian energy company Burisma.

Host Will Cain asked Jordan if he believes, like Rep. Adam Schiff (D-CA), that the emails are a “smear” on Biden from the Kremlin.

Jordan pushed back against the notion of a Russian disinformation campaign, saying he believes the emails to be “real.” He also warned the public not to “hold your breath” waiting for the FBI to release information regarding the emails.

“Don’t hold your breath,” he advised. “Remember, we haven’t got a whole lot from Chris Wray. Frankly, when the information was declassified, it was Ric Grenell and John Ratcliffe who … told us there was no proper predicate for launching this whole hoax back in ’16 when the Obama/Biden intelligence committee launched it and the FBI launched it. So, I wouldn’t hold your breath waiting for Chris Wray to give us information, and we shouldn’t be surprised that Hunter Biden is dealing with Kazakhstan. I mean, it’s Russia, it’s China, it’s Ukraine, who isn’t it? So, I don’t think that should surprise us, but I’m not holding my breath on waiting on the FBI. I think we’ve just got to do our investigation the best we can, get the facts to the American people and, hopefully, overcome this obstacle that is now Big Tech, who is out to get conservatives, out to censor conservatives.”

“That’s not a suspicion. That’s not a hunch. That is a fact. There’s been evidence time and time again where they’ve done this,” he added. “I mean, never forget, Twitter censor the president, but they’ll let the Ayatollah of Iran … put out a tweet saying he’s going to strike a blow against American citizens. Go figure that. So, this is a big concern.”