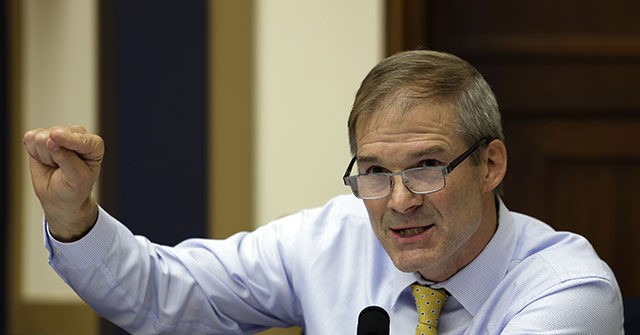 Jordan touted Durham’s findings backing Trump’s claim of being spied on from 2017 and former Attorney General Bill Barr’s contention of the Trump campaign being spied on in 2019. He added that “it was worse than we thought.”

“President Trump was right,” Jordan stated. “Remember back in 2017 when President Trump said, ‘They were spying on me,’ and the press and Democrats said they weren’t. And then in 2019, then-Attorney General Bill Barr said spying took place at the FBI on President Trump’s campaign, and everyone said, ‘No, no, no.’ Well, now we know for sure. Now we know 100%.”

“John Durham’s filing here, yep, there was spying going on, and it was worse than we thought because they were spying on the sitting President of the United States, and it goes right to the Clinton campaign. So, God bless John Durham and his investigation. It’s taken a long time, but we’re getting to now what we all suspected. The only thing we didn’t understand was it was worse than we thought.”