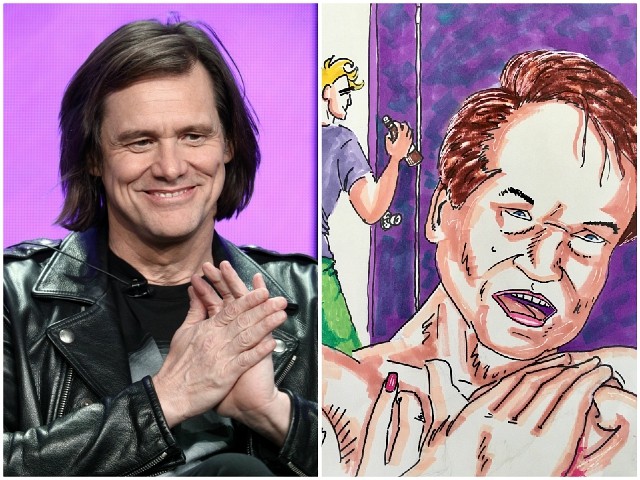 Actor and left-wing Twitter activist Jim Carrey has thrust himself into the “controversy” over an accuser of Supreme Court nominee Judge Brett Kavanaugh with a crude drawing depicting the judge as a rapist.

The art features a caricature of a gape-mouthed Kavanaugh partially nude with a woman’s hands pushing at his chest and a blond-haired man holding a beer and watching the door. Carrey’s primitive drawing also features the caption, “Republicans always look out for each other.”

Republicans always look out for each other. pic.twitter.com/W6CcLEY6R0

Carrey’s art is essentially built on a lie, even taking the accusations at face value. The Democrat-connected accuser specifically stated that there was no nudity involved in the alleged incident and that both parties were fully clothed.

According to the claims made by accuser Christine Blasey Ford, Kavanaugh “groped her over her clothes.” So, unlike Carrey’s drawing, there was no nudity in her accusations.

Meanwhile, Judge Kavanaugh fully denies all of the allegations being thrown at him, saying that the claims are “completely false.”

“I have never done anything like what the accuser describes—to her or to anyone,” Kavanaugh added. “Because this never happened, I had no idea who was making this accusation until she identified herself yesterday.”

Inconsistencies have also appeared in Ford’s accusations. For instance, she cannot recall exactly when this alleged “groping” occurred but thinks it was sometime in 1982. She is also not sure exactly where it happened. Further, Ford has revised just who was in the room when she claims the incident took place.