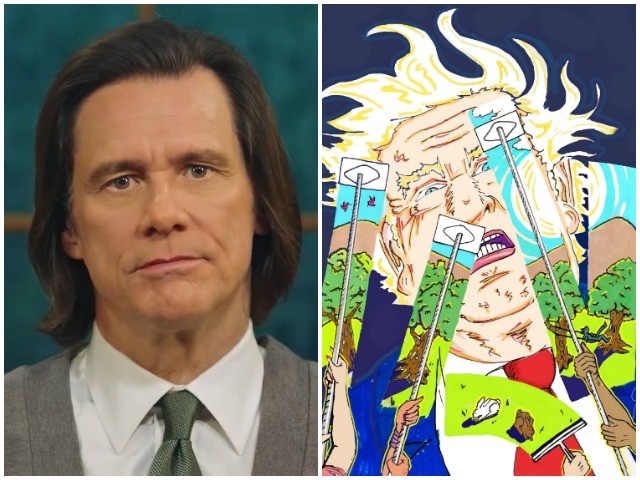 “The New American Dream! Get rid of this filth and bring our blue skies back,” Carrey wrote, accompanied by his artwork of a Trump mural being replaced with blue skies and forestry.

The New American Dream! Get rid of this filth and bring our blue skies back. pic.twitter.com/1ZkcTeN1Xp

Although there are varying opinions on the true meaning of the American dream, the broadly accepted definition is offered by the Oxford Dictionary, that being the “ideal by which equality of opportunity is available to any American, allowing the highest aspirations and goals to be achieved.”

Carrey’s drawing is merely the latest in a long series of vehemently anti-Trump and anti-conservative artwork. Many of his drawings have drawn criticism for their vulgar, aggressive, or even violent imagery.

However, the 56-year-old claims that such artistic expressions are merely his way of dealing with the “pain” of the Trump presidency, a situation he believes is pushing the United States toward “suffering beyond all imagination.”

“It’s not a choice to be doing the cartoons. I’m doing (them) because I can’t just watch this nightmare unfold,” he explained last year. “It’s just a civilized way of dealing with it, to get on board with as many other voices as possible that are shouting from the rooftops.”