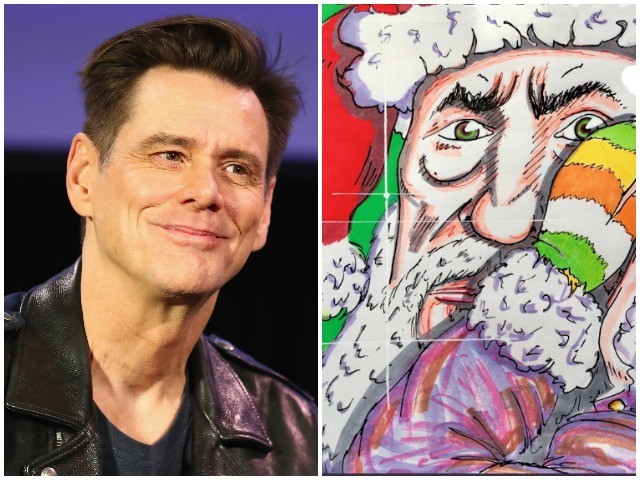 “Dear Mr. Mueller: Be my secret Santa. You know what I want for Christmas,” Jim Carrey said in a social media post.

Attached to his post was one of his drawings, depicting someone whispering “Indictments!” into the ear of Robert Mueller dressed as Santa Claus.

Dear Mr. Mueller: Be my secret Santa. You know what I want for Christmas. pic.twitter.com/ipzWVTuRdW

The Ace Ventura star is far from the only Hollywood liberal hoping for President Donald Trump or his family to be taken down by the Mueller probe. Rosie O’Donnell said Wednesday that Trump deserves to “rot in jail.”

Carrey’s hatred for Trump and the Republican Party is well documented not only in his unhinged social media posts, but his public appearances as well.

Last month, the 56-year-old compared Republicans to rapists at Vulture Fest, saying, “these are not people you can deal with.”

“You cannot be bipartisan with a criminal. A rapist needs to be removed, not negotiated with. These people are raping our system, they’re destroying it right in front of us.”

He also railed against Trump and compared him to cancer, saying, “Trump is a melanoma, and anybody that covers for him, including Sarah Sanders, is putting makeup on it. It shows that there’s a deeper problem in this country, and that problem is greed.”