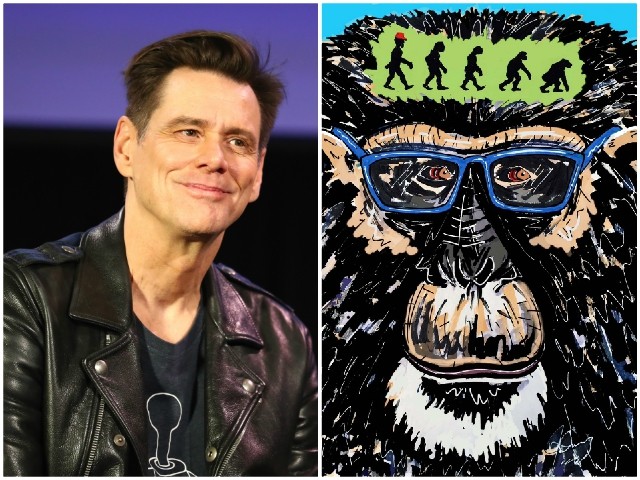 Left-wing actor and comedian Jim Carrey shared his latest politically charged artwork, suggesting that Trump supporters were on the verge of devolving from humans into apes rather than the other way round.

“Let’s remember this year that according to very sound scientific evidence, human beings evolved from apes and not the other way around,” Jim Carrey wrote on Twitter, accompanied by a drawing of an ape wearing a red hat devolving into his historic primal state.

Let’s remember this year that according to very sound scientific evidence, human beings evolved from apes and not the other way around. pic.twitter.com/XydhnnZ5Ou

The artwork is the latest in a series of offensive depictions by the 56-year-old, which typically target President Donald Trump and Republican voters. Last month, Carrey attacked Trump supporters as “loyal zombies” waiting on him to build a wall across the U.S. Mexico border.

When recently asked about his motivations behind the controversial artwork, Carrey explained that it is merely his way of dealing with the “pain” inflicted by the Trump’s presidency, which he believes is “pushing the country towards suffering beyond all imagination.”

“I feel feelings, and that’s the only way I can deal with them is to turn them into something positive,” he said at the time. “All pain equals art.”