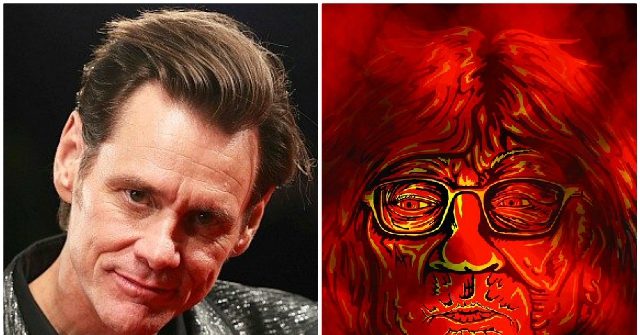 “Susan Collins, Hellbound Class of 2020,” wrote the Sonic the Hedgehog actor on Monday alongside an image depicting the senator engulfed in flames.

But senator Cruz got the last laugh when he tweeted at the Dumb and Dumber star, requesting a copy of the artwork for his office.

“Hey [Jim Carrey] can I get a copy of this for my office?” wrote Cruz in response to Carrey.

Hey @JimCarrey can I get a copy of this for my office? https://t.co/45cQviMafH

The 58-year-old actor is no stranger to crass political paintings, as he has been publishing them for years, typically attacking conservatives and President Donald Trump.

In August, as the Republican National Convention kicked off, Carrey published artwork that depicted late President Abraham Lincoln sticking the barrel of a rifle into his mouth.

“If Lincoln had seen the lineup of liars, thieves, religious hypocrites and racist ne’er-do-wells that would appear at the RNC in 2020…” the actor captioned his tweet above the image of Lincoln appearing to gear up to commit suicide.

If Lincoln had seen the lineup of liars, thieves, religious hypocrites and racist ne’er-do-wells that would appear at the RNC in 2020… pic.twitter.com/TZN20qjpEU

When Carrey is not depicting conservatives dying or going to hell, he is accusing them of murder.

Carrey has constantly pushed the conspiracy theory that the coronavirus is the president’s fault — despite the virus having originated from Wuhan, China, last year.

“90,0000 in the US, over 40,000 in the UK. Highest death tolls in the COVID world,” tweeted Carrey in May, alongside a political painting that featured President Trump and Prime Minister Johnson as the infamous ghost twins from The Shining. “Half of those deaths… preventable. REDRUM! REDRUM!! REDRUM!!!”