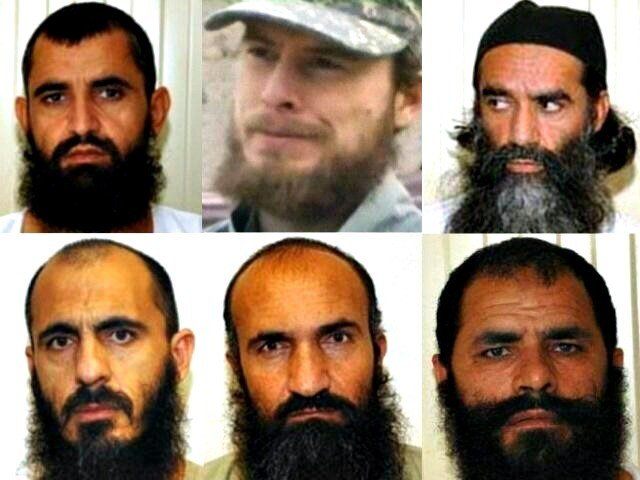 In March 2015, a U.S. official revealed that at least three of the terrorists traded for Bergdahl, known as the Taliban Five, are suspected of having re-engaged in jihadi activities.

A military judge found U.S. Army Sgt. Bergdahl guilty of desertion and misbehavior before the enemy for abandoning his Afghan post in 2009. The Taliban then captured and held him for five years until former U.S. President Barack Obama authorized the controversial exchange in 2014.

Referring to the Taliban Five, the Associated Press (AP) reports:

They will now be among Taliban representatives negotiating for peace in Afghanistan, a sign some negotiators in Kabul say indicates the Taliban’s desire for a peace pact. Others fear the five, all of whom were close to the insurgent group’s founder and hard-line leader Mullah Mohammed Omar, bring with them the same ultra-conservative interpretation of Islam that characterized the group’s five-year rule that ended in 2001 with the U.S.-led invasion.

Hakim Mujahed, a former Taliban member who is now also a member of the Afghan government peace council, indicated that the Taliban Five’s presence at the group’s Qatar office is a good sign.

It is “indicative of the Taliban’s resolve to find a peace deal,” he suggested to AP.

“He said the stature of the five within the insurgent movement will make a peace deal palatable to the rank and file, many of whom have resisted talks believing a military victory was within their grasp,” AP points out.

“These people are respected among all the Taliban,” Mujahed told AP. “Their word carries weight with the Taliban leadership and the mujahedeen.”

All seven of the former prisoners from the Guantánamo facility, commonly known as Gitmo, transferred to Qatar are affiliated with the Afghan Taliban, which has flourished in the Muslim nation.

U.S. President Donald Trump’s administration has made “reconciliation” between Kabul and the Afghan Taliban the primary tenet of its strategy to end the war that has been raging since 2001 at a cost of more than $900 billion to the American taxpayer.

The U.S. military has also suffered 2,270 deaths and 20,400 injury incidents, mostly at the hands of the Taliban.

Efforts to reach a peaceful end to the 17-year-old war have accelerated under Trump, particularly after the appointment of Afghan-American Zalmay Khalilzad as envoy to bring the Taliban to the negotiation table.

Khalilzad reportedly met with Taliban official in Qatar this month.

Although the United States has neither confirmed nor denied the meeting, “a Taliban official familiar with the discussions told The Associated Press that talks ended with an agreement to meet again,” the news outlet notes.

“Key among the Taliban’s requests was recognition of their Qatar office, said the official, who spoke on condition he not be identified because he was not authorized to speak to the media,” it adds.

Arguing that it has failed to accomplish its intended purpose of serving as a conduit for peace negotiations, President Donald Trump reportedly urged his Afghan counterpart in September 2017 to shut down the Taliban’s political office in Doha.

However, the Trump administration has intensified peace efforts in recent months.

AP acknowledges that at least “some” of the Taliban Five members “have a disturbing past.”