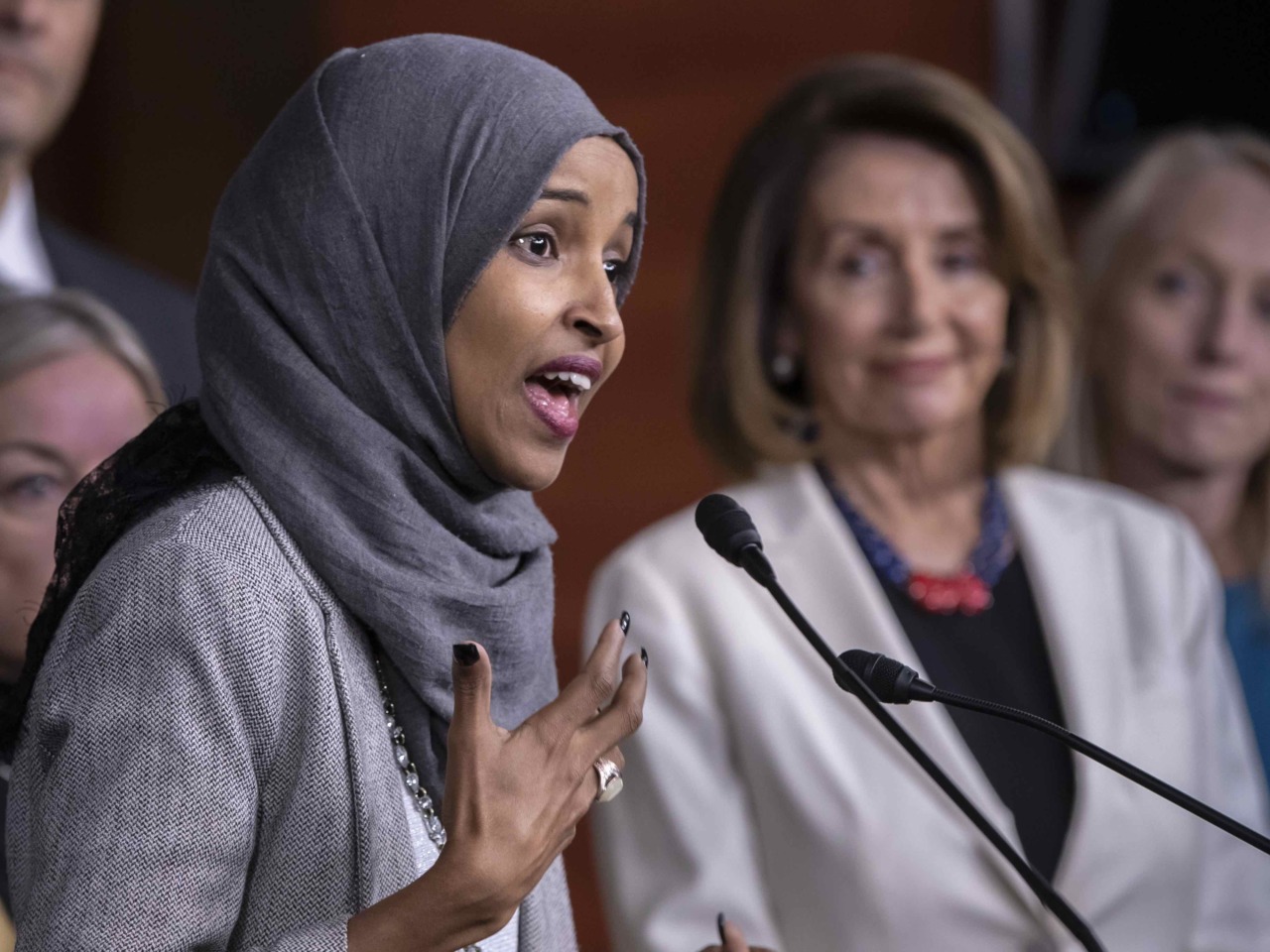 Jewish leaders criticized Rep. Ilhan Omar (D-MN) on Sunday evening over tweets in which she alleged, falsely, that members of Congress support Israel because they are paid to do so, evoking classic anti-Jewish stereotypes.

Omar was taken to task by left-wing Jewish pundits — who normally share many of her criticisms of Israel — after she tweeted, “It’s all about the Benjamins baby,” in explaining why American politicians support Israel. She also accused the American Israel Public Affairs Committee (AIPAC), a pro-Israel lobby group, of paying them — though AIPAC does not donate to politicians.

Rather than acknowledge the explanation that Congress tends to support Israel because Americans in general broadly support Israel — with nearly two-thirds favoring Israel over the Palestinians — Omar doubled down throughout the evening against the “Israel lobby.”

In response, Jewish organizations spoke out. The American Jewish Committee (AJC) demanded that she apologize:

The Anti-Defamation League’s CEO, Jonathan Greenblatt, who had covered for Omar last month by accepting her non-apology for an earlier antisemitic tweet, felt compelled to criticize her:

Words matter Rep. @IlhanMN. Anti-Semitism is on the rise in the US and abroad. The use of this tired anti-Semitic trope about Jews and money is inappropriate and upsetting. As Americans and Jews, we expect our politicians to condemn bigotry, not fuel it. https://t.co/SHKgVL5PWx

The Republican Jewish Coalition (RJC) surprised no one with its criticism:

This seems like something @SpeakerPelosi should be addressing. @HouseDemocrats, care to comment on the outrageous anti-Semitism being spewed by one of your fêted members? pic.twitter.com/2Ci7wInSUq

However, even Jewish Democrats endorsed a description of Omar’s rhetoric as “shameful bigoted hatemongering”:

The time has come to demand Dem leaders speak out against @ilhanmn for her vile antisemitism. This isn’t going away. Where is @nancypelosi @SenSchumer @RepJerryNadler @RepEliotEngel @RepAdamSchiff @DWStweets and DNC leadership? Have they lost their ears, eyes, or damned minds? pic.twitter.com/mRhtDMJSJC

And first-term Rep. Max Rose (D-NY) responded with a statement and a tweet criticizing Omar:

Congresswoman Omar’s statements are deeply hurtful to Jews, including myself. pic.twitter.com/u3f2JHESFA

In a statement quoted by Politico, AIPAC said: “We are proud that we are engaged in the democratic process to strengthen the U.S.-Israel relationship. Our bipartisan efforts are reflective of American values and interests. We will not be deterred in any way by ill-informed and illegitimate attacks on this important work.”

Speaker of the House Nancy Pelosi (D-CA) appointed Omar to the House Foreign Affairs Committee last month. She has, thus far, ignored calls to remove Omar from that committee given her views on Israel and other issues.

Earlier Sunday, Omar told CNN that it was “exciting” that her anti-Israel views were stirring debate in Washington. A spokesperson told Politico later Sunday that Omar’s controversial tweets “speak for themselves.”