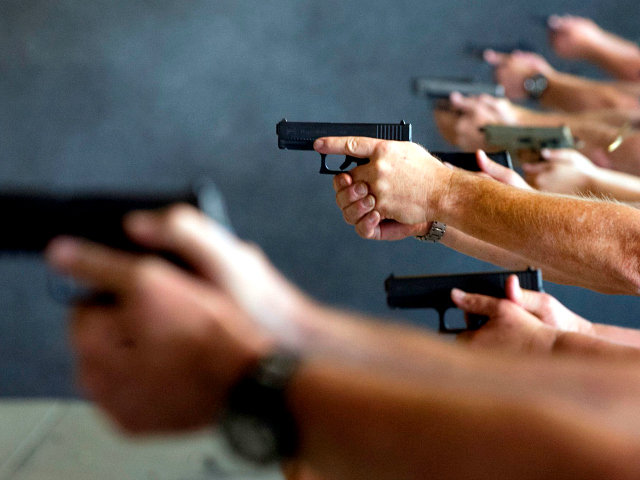 Jewish Americans are flocking to firearms training in the wake of the October 27 attack on Tree of Life Synagogue that killed 11 people.

For example, Haaretz reports that the Cherev Gidon Israeli Tactical Defense Academy near Scranton, Pennsylvania, is witnessing the highest demand for training it has ever seen.

Yonatan Stern, “a veteran officer of the Israel Defense Forces and director of the academy,” reminds his Scranton, Pennsylvania, classes: “The fact is, we’re at war. We want Jews everywhere to be armed.”

Stern indicates that “hundreds” of people interested in firearms training contacted him during the three days after the Pittsburgh attack. He observed that “all but three or four” of them were Jewish.

And while there are some members of the Jewish community pushing back against the idea of using guns to keep synagogues safe, Stern notes, “To wait for law enforcement to arrive simply is not the answer.”

Zev Guttman was afraid of guns until Saturday’s attack, but now he chooses to be armed. He said, “Everybody has to find a way to react; this is my way.”

Brooklyn borough president Eric L. Abrams reacted to the Pittsburgh attack by making clear he will be armed when he goes to a synagogue. He said, “It’s not popular, but it’s right.” He added, “We have to live in the real universe that we’re in.”

NY State Assemblyman Dov Hikind said, “I applaud and agree with Eric L. Adams and I am registering immediately for a gun license. And I encourage other Jews to do so to protect their institutions and synagogues. If we are targets, we need to be prepared.”