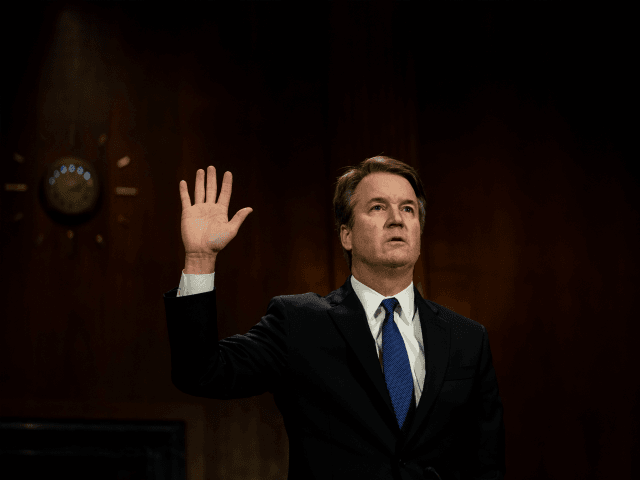 The Editors of America Magazine have withdrawn their endorsement of Judge Brett Kavanaugh for the Supreme Court, arguing that even if he is innocent “this nomination is no longer in the best interests of the country.”

“While we previously endorsed the nomination of Judge Kavanaugh on the basis of his legal credentials and his reputation as a committed textualist,” the editors of the Jesuit weekly state in their editorial Thursday, “it is now clear that the nomination should be withdrawn.”

The issue has moved beyond Kavanaugh innocence or guilt, America contends, to the symbolic value of the case.

“In addition to being a fight over policy issues, which it already was, his nomination has also become a referendum on how to address allegations of sexual assault,” they declare.

The message from the Jesuit editors would seem to be: if any group or individual opposes a candidate for any public office and brings accusations located sufficiently far in the past as to be impossible to adjudicate, the ensuing cloud of uncertainty is sufficient to disqualify that candidate.

The inevitable result of this line of reasoning is to push discussion away from candidates’ demonstrable credentials and to encourage attempts to discredit him or her through unverifiable accusations, presumably of a sexual nature.

The editors argue that ideally Senate confirmation hearings might focus on evaluating a nominee’s judicial character or qualifications as a legal thinker. “But that time is long past.”

Ideology has so suffused the political process that realism dictates playing by the same rules. “Neither the country nor the court are well served by this arrangement, but refusing to recognize it does nothing to help reverse it,” the magazine states.

“What is different this time is that this nomination battle is no longer purely about predicting the likely outcome of Judge Kavanaugh’s vote on the court,” the editors state. “It now involves the symbolic meaning of his nomination and confirmation in the #MeToo era.”

The merits of the Kavanaugh case must yield to its symbolic significance for larger social trends, the editors suggest, and his nomination is just a casualty in this battle.

“The hearings and the committee’s deliberations are now also a bellwether of the way the country treats women when their reports of harassment, assault and abuse threaten to derail the careers of powerful men,” they state.

The editors fail to address the compelling line of argumentation of Kavanaugh himself, who shows the other side of the coin.

In his letter to the committee of the Judiciary, Kavanaugh claims that the accusations made against him “are smears, pure and simple. And they debase our public discourse.”

“But they are also a threat to any man or woman who wishes to serve our country,” he adds. “Such grotesque and obvious character assassination—if allowed to succeed—will dissuade competent and good people of all political persuasions from service.”

In their editorial, the Jesuits choose not to entertain this very probable fallout from the case, preferring to focus on Kavanaugh’s inability to disprove the charges.

Since Dr. Blasey’s accusations have not been “conclusively disproved or shown to be less than credible,” it is time for “Kavanaugh’s nomination to be withdrawn,” they state.

Kavanaugh’s failure to conclusively disprove his guilt, America claims, is sufficient grounds to retire his nomination. Here, the presumption of innocence does not hold.

Which is, if nothing else, a sad commentary on the state of the Jesuits and their willingness to betray any principle for the sake of expedience.