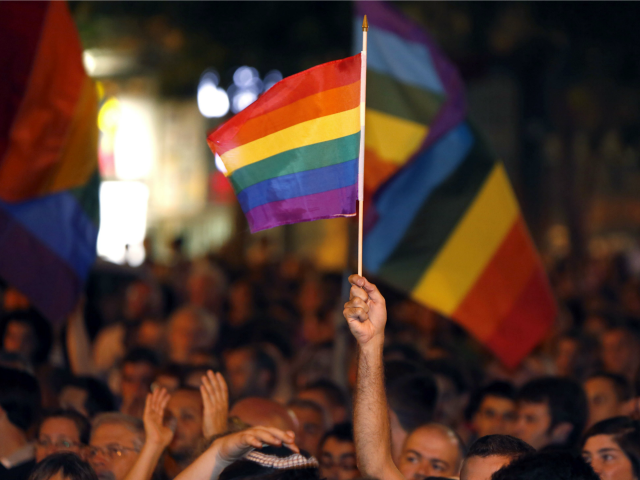 The Jesuit-run America magazine has weighed in on the debate regarding homosexuality and the Catholic priesthood, insisting that ordaining gay men does not increase the risk of clerical sex abuse.

In his October 22 article, titled “No, homosexuality is not a risk factor for the sexual abuse of children,” Thomas G. Plante contends that the idea that “banning homosexual men from the priesthood could prevent future victimization of children in the church” is “simply not true.”

In its official teaching, the Catholic Church says it “cannot admit to the seminary or to holy orders those who practice homosexuality, present deep-seated homosexual tendencies or support the so-called ‘gay culture.’”

The recent focus on homosexual men in the priesthood was fueled by revelations last summer of serial homosexual abuse of priests and seminarians by U.S. Cardinal Theodore McCarrick, as well as the report by a Pennsylvania grand jury on clerical sex abuse manifesting a conspicuous predominance of male victims by Catholic priests.

This Pennsylvania report echoed findings by a comprehensive investigation into clergy sex abuse resulting in the 2004 John Jay report, which found that over 80 percent of abuse was committed against male victims.

In its 2011 follow-up report, the John Jay College Research Team found that homosexual behavior in the seminary “was significantly related to the increased likelihood of a male child victim.”

The debate over homosexuality in the priesthood was further exacerbated in September by a sexual abuse commission report from Germany showing more than 3,500 cases of “mostly male minors” who were victims of clerical sex abuse between 1946 and 2014.

The commission, which was funded by the German Bishops’ Conference, stated that “3,677 mostly male minors” had been victims of sexual abuse by 1,670 members of the clergy.

An 11-page report from Vatican whistleblower Archbishop Carlo Maria Viganò released on August 25 alleged that an extensive “homosexual network” among bishops and priests was the root cause of the sex abuse crisis as well as cover-ups by bishops.

“These homosexual networks, which are now widespread in many dioceses, seminaries, religious orders, etc., act under the concealment of secrecy and lies,” he stated, “and strangle innocent victims and priestly vocations, and are strangling the entire Church.”

Viganò claimed that former Vatican Secretary of States Cardinal Tarcisio Bertone had insistently presented “candidates known to be active homosexuals” to be ordained as bishops and also claimed that two important Francis appointees, Cardinal Francesco Coccopalmerio and Archbishop Vincenzo Paglia, “belong to the homosexual current in favor of subverting Catholic doctrine on homosexuality.”

On October 19, Archbishop Viganò released another statement in which he goes further into what he believes to be the crisis of homosexuality at the root of the Church’s current scandals.

“McCarrick was part of a network of bishops promoting homosexuality who exploiting their favor with Pope Francis manipulated episcopal appointments so as to protect themselves from justice and to strengthen the homosexual network in the hierarchy and in the Church at large,” he wrote.

According to Viganò, the “underlying reason” why there are so many victims of clerical sex abuse is “the corrupting influence of homosexuality in the priesthood and in the hierarchy.”

This “very grave crisis” cannot be properly addressed and resolved unless and until we call things by their true names, he said. “This is a crisis due to the scourge of homosexuality, in its agents, in its motives, in its resistance to reform.”

“It is no exaggeration to say that homosexuality has become a plague in the clergy, and it can only be eradicated with spiritual weapons,” he said. “It is an enormous hypocrisy to condemn the abuse, claim to weep for the victims, and yet refuse to denounce the root cause of so much sexual abuse: homosexuality.”

“It is hypocrisy to refuse to acknowledge that this scourge is due to a serious crisis in the spiritual life of the clergy and to fail to take the steps necessary to remedy it,” he added.

While philandering clergy “usually do not recruit other philanderers, nor work to promote them, nor cover-up their misdeeds,” he said, “the evidence for homosexual collusion, with its deep roots that are so difficult to eradicate, is overwhelming.”

“It is well established that homosexual predators exploit clerical privilege to their advantage,” he said. “But to claim the crisis itself to be clericalism is pure sophistry.”

Jesuit Father James Martin, editor-at-large of America magazine, has been a vocal spokesman and advocate for the LGBT community, recently insisting the that the Church should adopt the use of LGBT language in its official documents to make homosexuals feel more accepted.

According to the estimates of one of his brother Jesuits, some 50 percent of the members of the Jesuit order are homosexual.

“Roughly half of the Society under the age of fifty shuffles on the borderline between declared and undeclared gayness,” wrote Father Paul Shaughnessy, S.J., in a 2002 essay in the Weekly Standard, titled, “Are the Jesuits Catholic?”