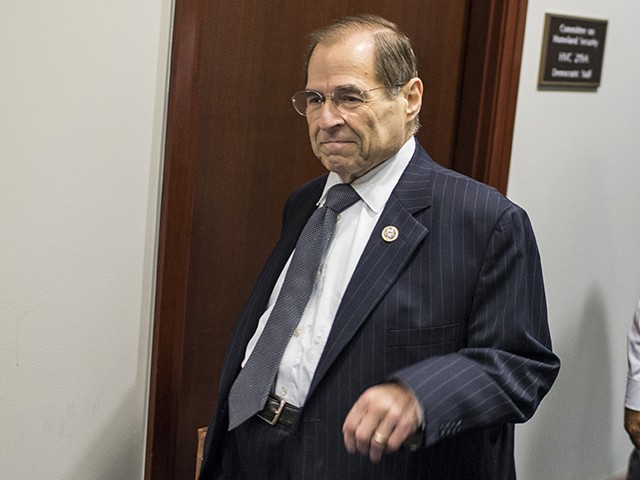 Rep. Jerrold Nadler (D-NY), the incoming chairman of the House Judiciary Committee, revealed Friday that he will end the Republican-led probe into decisions made by the FBI and Department of Justice during the 2016 presidential election.

“Yes, [I will end it] because it is a waste of time to start with,” Nadler told reporters after momentarily stepping outside the closed-door hearing of fired FBI Director James Comey. He branded the probe a political stunt designed to divert attention from special counsel Robert Mueller’s investigation into potential collusion between the Trump campaign and Russia during the election.

“The entire purpose of this investigation is to be a diversion of the real investigation, which is Mueller. There is no evidence of bias at the FBI and this other nonsense they are talking about,” the Democrat claimed.

In October 2017, House Judiciary Committee Chairman Bob Goodlatte (R-VA) and House Oversight and Government Reform Committee Chairman Trey Gowdy (R-SC) announced a joint investigation into decisions made by the agencies in 2016. The panels have sought to obtain answers to why the FBI elected to publically announce an investigation into Hillary Clinton’s handling of classified information, while keeping its investigation into the Trump campaign under wraps. Further, Republicans have been looking into the FBI’s decision not to charge Clinton over the matter.

Nadler, who has promised to launch a series of investigation into the president and members of his administration, said this week that he is weighing legislation that would halt the timing of the statute of limitations during a president’s term in a bid to make prosecuting presidents more efficiently for any wrongdoing after leaving office. “[W]e ought to, and I’m considering introducing legislation to this effect, toll the statute of limitations on any president while he is president, so that he can’t be above the law,” Nadler said on MSNBC’s The Last Word Tuesday. “If he can’t be impeached for improper conduct, if there are crimes, he should be made to be prosecuted.”