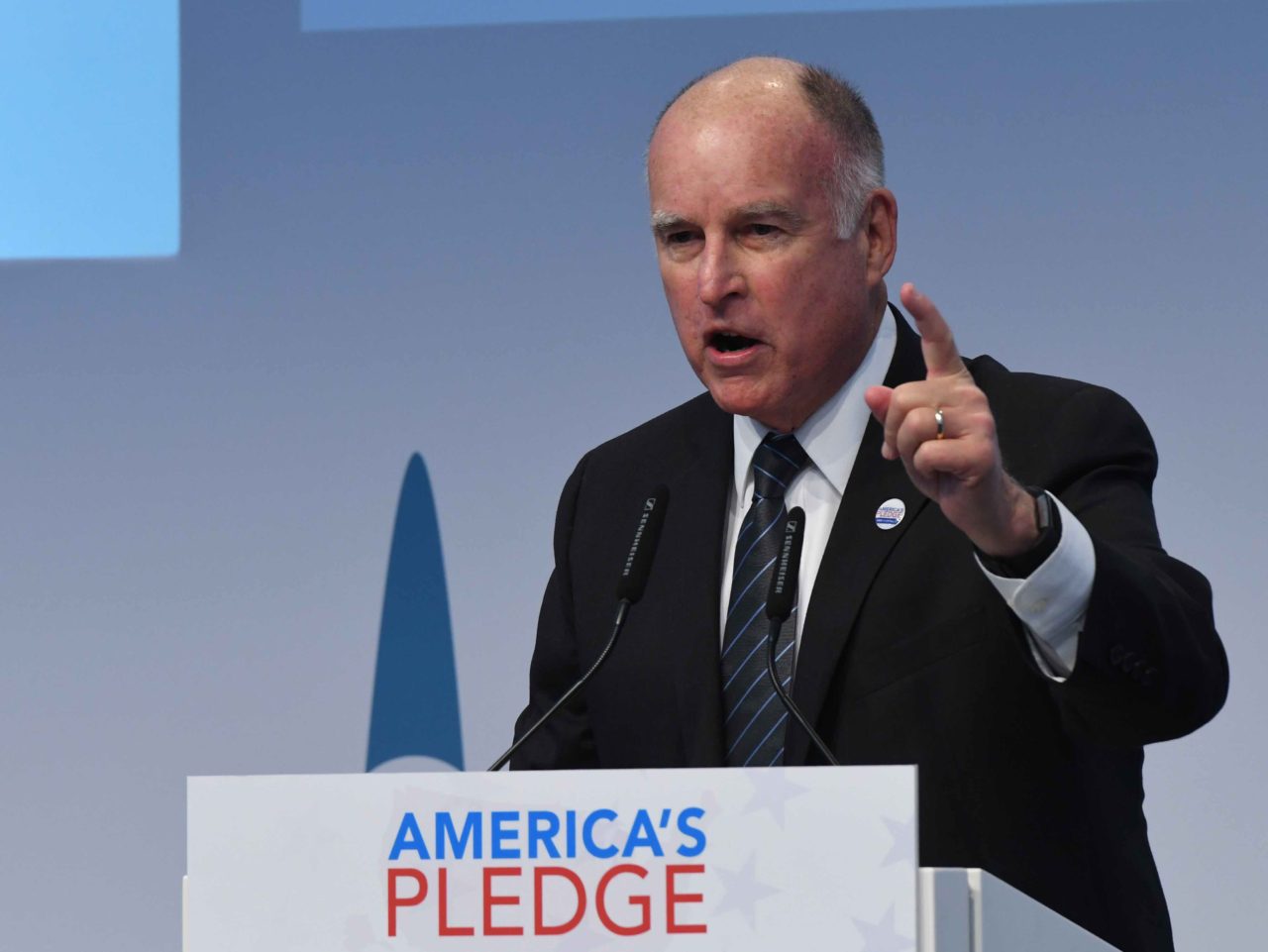 According to the Associated Press, Brown, described as an “evangelist” for climate change, also blamed climate change deniers for the deadly fires, saying they were responsible for the deaths of California residents.

“Managing all the forests in everywhere we can does not stop climate change,” he said. “And those who deny that are definitely contributing to the tragedies that we’re now witnessing, and will continue to witness in the coming years.”

Trump’s theory is that over-regulation has led to under-harvesting of forests, leaving more fuel for fires to burn. Brown’s theory is that the global use of fossil fuels is making California warmer and drier, and more prone to fires.

The exact causes of the Camp Fire in Northern California, and the Woolsely fire in Southern California, which are currently burning across a collective 200,000 acres and have killed over 30 people, have yet to be determined.

However, the primary reason California is naturally prone to fires is that it has a broadly Mediterranean climate, with short, rainy winters; hot, dry summers; and occasional periods of prolonged drought.

Moreover, as California’s population nears 40 million people, and as the high cost of housing encourages people to move into rural or peri-urban areas, the risk grows that ordinary human activity will start fires.

Several recent fires have been started by power lines downed in high winds, and even by tire bursts on rural roadways that sent sparks into flammable brush.

In the case of the Camp and Woolsey fires, the deadly blazes have been spread by Santa Ana winds — also a naturally-occurring, seasonal phenomenon as air from the interior mountain ranges moves toward the coast.

Brown has repeatedly blamed climate change for fires and other natural disasters in California — despite pushback from otherwise sympathetic scientists, who have accused the governor in the past of “noble-cause corruption.”

Data released earlier this year showed that the U.S. led all nations in reducing carbon dioxide emissions in 2017, the year that President Trump pulled out of the Paris Climate Accords, amidst dire predictions from his opponents.