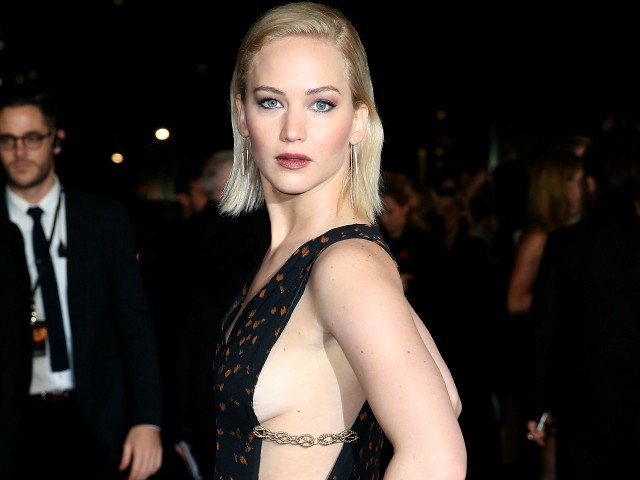 Hollywood actress Jennifer Lawrence is spreading the false accusation that President Donald Trump has refused to condemn white supremacy, saying that “I don’t want to support a president who supports white supremacists.”

President Donald Trump has publicly condemned white supremacy on a number of occasions, including in the aftermath of the Charlottesville riots in 2017 and as recently as last month. Nonetheless, Democrats and left-wing Hollywood celebrities persist in spreading the false accusations despite video proof to the contrary.

Jennifer Lawrence made her false remark during Wednesday’s installment of the “Absolutely Not” podcast hosted by comedian Heather McMahan. During the interview, The Hunger Games star recalled growing up in a Republican household and even voting for John McCain.

But she said her politics took a dramatic turn with the election of President Trump in 2016.

“When Donald Trump got elected, that just changed everything. This is an impeached president whose broken many laws and has refused to condemn white supremacy, and it feels like there has been a line drawn in the sand,” Lawrence said. “I don’t want to support a president who supports white supremacists.”

President Donald Trump condemned white supremacy following the 2017 Charlottesville riots. “I’m not talking about the neo-Nazis and the white nationalists, because they should be condemned totally,” the president said during a press conference.

Last month, President Trump repeated that he condemned white supremacy to a group of reporter following the first presidential debate.

President Trump replied: “I always denounce any form, any form of any of that. You have to denounce.”

Jennifer Lawrence praised President Barack Obama during the podcast, saying that “you would go days, maybe weeks, without thinking about the president because everything would generally be OK.”

Both Joe Biden and Kamala Harris have spread the false claim that President Trump has refused to condemn white supremacy.

Harris lied during a recent radio show interview, claiming that the president “refused to condemn Neo-Nazis who were, you know, spewing racial slurs and anti-Semitic slurs” in Charlottesville.