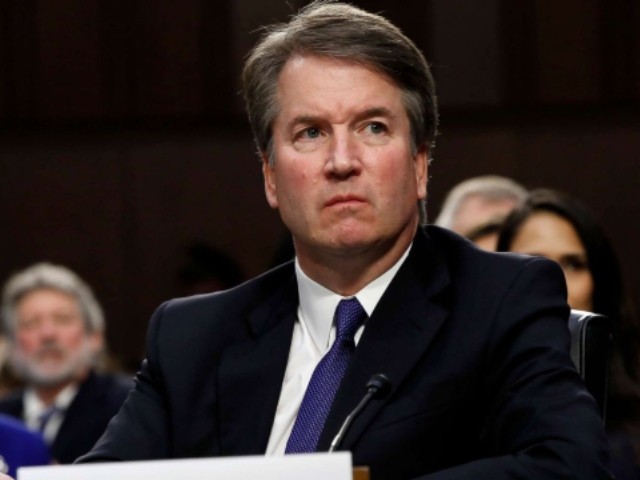 In her October 12 editorial for the Atlantic, Hill claimed she has witnessed a large number of the black men in audiences at her speaking engagements coming to Kavanaugh’s defense, and it angers her. And Hill insisted that black men are wrong to support Kavanaugh.

Still, despite the fact that she thinks black men are “missing” something in their defense of Kavanaugh, she does claim to understand from where that support might come.

Hill notes that black men face constant accusations of sexual impropriety, so their sympathy for Kavanaugh is understandable, if misplaced.

“If anyone has the right to complain about unproved allegations or cry #HimToo, it’s black men,” Hill exclaimed. “A report released last year, examining 1,900 exonerations over the past three decades, found that 47 percent of the people exonerated were black, despite the fact that blacks make up only 13 percent of the U.S. population. In sexual assault cases, blacks accounted for 22 percent of convictions, but 59 percent of exonerations.”

But, Hill warns that white men never face the “suspicion” and “presumption of guilt” that black men face, so black men should not express sympathy for those white men who are accused.

Hill says the idea of comparing black men being falsely accused of sexual assault and white men being so accused is an “apples-to-radiators” comparison.

But as she wrapped up her Friday screed, she made her own “apples-to-radiators” comparison by relating the story of a black California high school student who was falsely accused of sexual assault and sent to prison for five years before being exonerated when the accuser was caught admitting that she lied.

The story is horrific, certainly. The young man who was on track to become an NFL player lost his chance to play professionally by losing his ten best, youthful years to jail over a false accusation.

But, Hill muddies the water by her own political point and making an “apples-to-radiators” comparison about the difference between high schooler Brian Banks and Brett Kavanaugh.

“Banks had none of the advantages that Kavanaugh enjoyed: no legions of well-connected friends to vouch for him, no army of partisan defenders, no politicians rallying to his defense. Banks faced spending the bulk of his life in jail; Kavanaugh risked losing a promotion,” Hill complained.

But, this truly is an “apples-to-radiators” comparison. After all, Kavanaugh is a 53-year-old man who attended Harvard and then went into a 30-year career in law and government including 20 years on the bench. Meanwhile, Banks had not even gotten out of high school before facing his trials. Of course Kavanaugh would have “legions of well-connected friends to vouch for him.” He spent 30 years developing those connections. Banks had no such “legions” because he was a kid who hadn’t lived long enough to develop such support.

From there, Hill scolds black men for feeling sympathy for Kavanaugh because they aren’t afforded the same support system.

“Black men have every right to be frustrated by the lack of due process and the inevitable rush to judgment they often face in sexual-assault cases,” Hill concludes. “But that’s not because they’ve so often been treated like Kavanaugh—it’s because they so rarely have.”

In Hill’s world, black men should not feel sympathy for a white man unless the former is getting exactly what the latter has.