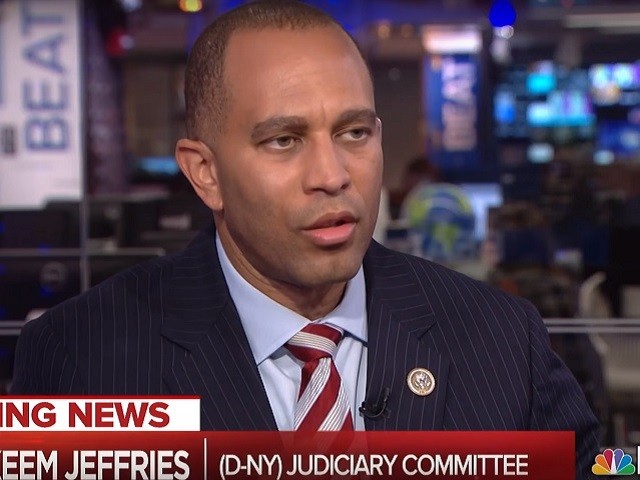 On Thursday’s broadcast of MSNBC’s “The Beat,” Representative Hakeem Jeffries (D-NY) stated that President Trump has responded to the bomb scare “by basically showing depraved indifference to human life.”

Jeffries said, “Well, it’s a serious threat that has targeted two former presidents, high-ranking government officials, and public figures who have been very critical of the president. That’s a very troubling pattern that suggests that there was provocation based on the politics of the moment that we’re in. Words matter. Leadership is important. It starts at the top. And the president has chosen to respond to the chaos, crisis, and confusion of the moment by basically showing depraved indifference to human life.”