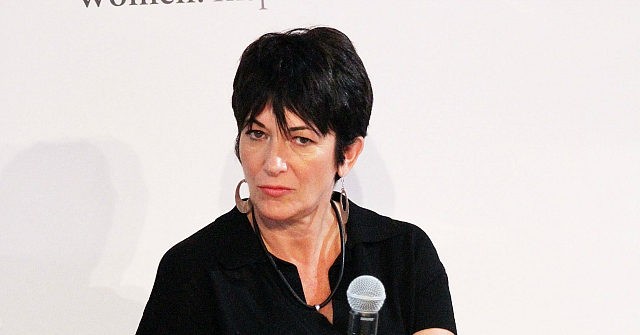 Ghislaine Maxwell, who allegedly operated as Jeffrey Epstein’s “madam” in procuring underage girls for the purposes of sexual predation, was spotted by the New York Post dining at an In-N-Out restaurant in Los Angeles, CA, on Monday.

The Post found the socialite hiding in plain sight in the least likely place imaginable — at a fast food joint in Los Angeles.

Maxwell, 57, alleged madam to the multi-millionaire Epstein, was scarfing down a burger, fries and shake al fresco at an In-N-Out on Monday while reading, “The Book of Honor: The Secret Lives and Deaths of CIA Operatives.”

Maxwell — who was sitting alone with a pet pooch — was surprised she was located and told an onlooker:

“Well, I guess this is the last time I’ll be eating here!”

Maxwell was recently sued, alongside Epstein’s estate and three of Epstein’s staffers, by Jennifer Araoz — one of Epstein’s accusers — as part of a lawsuit that falls under the Child Victims Act.

Araoz said she was 15 when Epstein allegedly raped her in his Manhattan townhouse, describing Maxwell as Epstein’s “recruiter.” Maxwell is also accused of having participated in acts of sexual predation with Epstein.

Araoz’s complaint alleges Maxwell and Epstein’s staffers “conspired with each other to make possible and otherwise facilitate the sexual abuse and rape of Plaintiff.”

Maxwell has been living with tech CEO Scott Borgeson in his secluded mansion in Manchester-by-the-Sea, Massachusetts, since 2016, according to a close neighbor, the New York Post reported

Epstein’s autopsy showed several broken bones in his neck, according to a Wednesday-published report at the Washington Post.